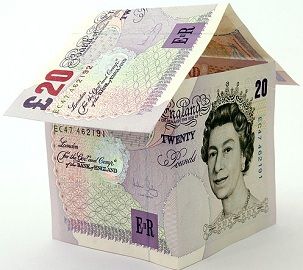 The term ‘charge‘ implies the creation of right by any person (borrower) including a separate legal entity over its assets and properties, in favour of a bank or any other financial institution (lender), to raise funds. It is an impediment in the title which does not permit the borrower to sell the asset or transfer the ownership to any other person or entity. The various types of charge created on the asset include mortgage, hypothecation, pledge, assignment and lien.

In this article, we will be discussing the difference between mortgage and hypothecation, take a read.

Mortgage refers to a legal arrangement, wherein there is a transfer of interest in a particular immovable asset or property by the owner, so as to secure the payment of funds raised via loan, on present or future debt or performance of an obligation, which may result in a financial liability.

Hence, the basic element of a mortgage is the ‘transfer of interest in the asset by the owner and that also to secure money paid through a loan’. In simple terms, it is the hypothecation of an immovable asset to a bank or a housing finance company.

The mortgagee has the right to acquire and sell the asset if the mortgagor fails to pay the mortgage money within stipulated time and even if the terms and conditions stated in the deed are not fulfilled in the manner specified. The bank has the first right over the asset mortgaged, and if there are more than one lenders, pari-passu clause will apply.

The term ‘hypothecation’ is used to define a charge formed on any movable asset by the owner, to raise funds from the bank, without transferring the ownership and possession to the lender. In this agreement, the borrower (owner) of goods borrows money against the security of assets, i.e. inventories.

It is important for banks or other financial institution to exercise precautions while extending credit against hypothecation because of the following reasons:

As both ownership and possession of the assets rest with the borrower, it is a bit difficult for the lender to exercise control over it.

To overcome these difficulties, banks need to be extra-careful with the assets hypothecated. They can do so by ensuring that the borrower takes such facility with a single bank or by checking periodical stock statements etc.

Key Differences Between Mortgage and Hypothecation

The following points elaborate the differences between mortgage and hypothecation:

In spite of some differences, the two forms of the charge share some common characteristics, in that, both provides security to the loan and the possession of the asset, remains with the borrower of the asset, while the lender has the first right to it until the dues are cleared. Further, in both the cases, if the borrower defaults in payment, the lender can recover the amount by selling the asset.

Comparing the two types of charge, mortgage is better than hypothecation in terms of safety because in mortgage the charge is created over land, building or house, etc. whose value appreciates with time, whereas in case of hypothecation charge is set up on car, stock, etc. and such asset do not appreciate with time.