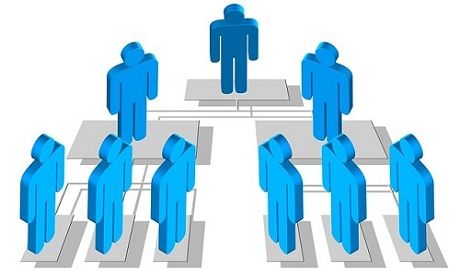 On the other hand, divisional organisation structure refers to the structure wherein the organisational functions are grouped together, into divisions, depending on product, service, market or geographies. Take a glance at this article to know the difference between functional and divisional structure.

The functional structure is one such structure, in which the activities of similar nature are grouped together, i.e. the activities belonging a particular function are taken together as a separate department. These independent departments have their own functions to perform and objectives to pursue. For instance, there are autonomous departments for marketing, production, purchase, human resource, research and development, etc. in an organisation.

Divisional Structure is defined as an organisational structure that clubs together various functions on the basis of product lines and regional divisions. Further, each division of the organisation has its own essential resources and functions like production, marketing, purchase, human resource, etc. In this type of organisational structure, the divisions are headed by the general manager who controls the regular business activities. The general manager is accountable to the top management of the organisation for the performance of their division.

Divisional Structure is applied to those organisation which are large and have more than one product line to continue. Suppose an organisation produces and sells four products, A, B, C, D. All these products are organised into separate departments and operated as individual units which are supported by functions.

The difference between functional and divisional structure can be drawn clearly on the following grounds:

Difference Between Formal and Informal Organization