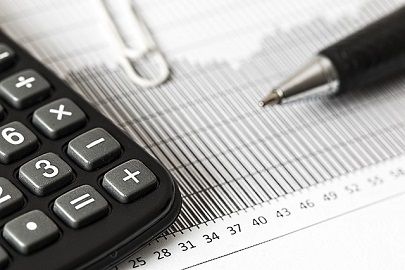 Now let’s discuss the differences between horizontal and vertical analysis.

It is a useful tool for gauging the trend and direction over the period. In this analysis, the line of items is compared in comparative financial statements or ratios over the reporting periods, so as to record the overall rise or fall in the company’s performance and profitability.

Comparative financial statements reflect the profitability and financial status of the concern for various accounting years in a comparative manner. It should be kept in mind that the data of two or more financial years can be compared only when the accounting principles are the same for the respective years.

Vertical Analysis refers to the analysis of the financial statement in which each item of the statement of a particular financial year is analysed, by comparing it with a common item. So, it is also known as common-size analysis.

In vertical analysis, the line of items on a balance sheet can be expressed as a proportion or percentage of total assets, liabilities or equity. However, in the case of the income statement, the same may be indicated as a percentage of gross sales, while in cash flow statement, the cash inflows and outflows are denoted as a proportion of total cash inflow.

For this purpose, common size financial statements are used, wherein the correlation of various items of the statement with a common item is denoted as a percentage of that common item, i.e. the bottom line

With the help of this analysis, the percentages so computed can be directly compared with the result of the equivalent percentages of the past years or other companies operating in the same industry, irrespective of their size. So, common size financial statement not only helps in intra-firm comparison but also in inter-firm comparison.

The difference between horizontal and vertical analysis can be drawn clearly on the following grounds: 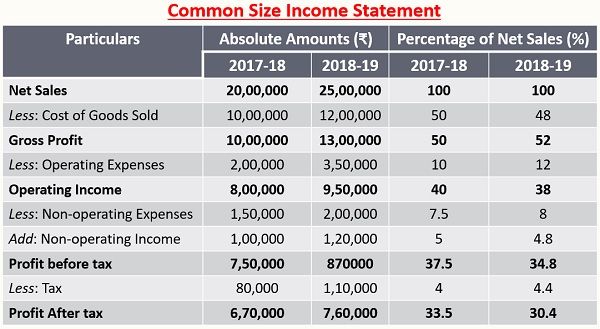 The two analysis are helpful in getting a clear picture of the financial health and performance of the company.

Difference Between Fundamental and Technical Analysis