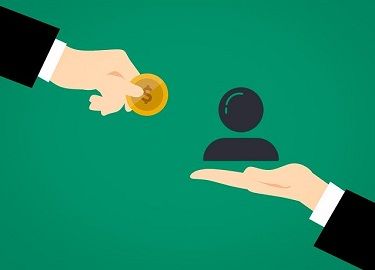 Outsourcing is a process of hiring another entity to perform certain functions, or service, on the company’s behalf, instead of undertaking them in-house. On the contrary, insourcing refers to the delegation of a project to an individual or department within the organization, instead of an external supplier.

In the last few decades, outsourcing has gained a lot of attention and popularity in the business world. There are a number of activities or services which are outsourced nowadays from manufacturing to human resource, from customer support to back-office and from marketing to design.

Insourcing is a trending term these days, which is adopted by many companies, to accomplish the task effectively using their own facilities and resources. It is like an investment, to develop your own staff for performing those activities which could otherwise be outsourced.

In this section, we will discuss the difference between insourcing and outsourcing.

Insourcing means to bring or add certain efficiencies to meet the short term needs or to invest in the training and development of existing employees to perform varied tasks which may be outsourced. It is basically a business decision of undertaking the functions, processes or projects with company-owned resources, so as to tap and cultivate in-house talent.

Simply put, it is the process of bringing back the outsourced processes, functions, and departments, to perform them domestically.

The biggest advantage of insourcing is that it facilitates a high level of control on the quality of work and the people performing them. Moreover, adding competent team members in the business or training the existing personnel to perform the insourced activities can help in reaching new heights. Hence, it helps in building a team of capable personnel.

Many companies use this technique when it is not satisfied with the services provided by the outsource provider, the company can choose to insource that task or function which was outsourced and assign it to an individual or department, who has a better understanding of that task/function.

Insourcing has certain limitations also, in the sense that it requires huge investment in rebuilding an entire team and provide them with the required resources and facilities. As well as it can be a bit time-consuming process.

Outsourcing implies the delegation of non-critical business operations or jobs, which were traditionally carried out internally to an external entity (usually a foreign supplier) which specializes in that service. It can be done domestically or internationally.

In other words, it refers to subcontracting any part of the company’s value chain to the outside supplier who has got expertise in that field.

The company which looks for outsourcing their internal business functions is termed as the client firm whereas the company delivering the outsourcing services to the client organization is called as outsourcing provider or service provider. In this, the two companies sign a contract for a specified term.

Outsourcing not just allocates a particular operation, but the risk and responsibility associated with that operation are also allocated to that entity.

It is used in the industries where there is a lack of labour for a specific position or work and also when the cost of hiring labour for a particular function is high. The main reason behind outsourcing is that it reduces the expenses of producing a product, resulting in an increase in the profit margin. In addition to this, outsourcing free up funds, personnel, time and facilities too.

Outsourcing has certain limitations also such as lack of control over the work quality and the people performing them. Further, there is a lack of relationship and communication with key employees.

Key Differences Between Insourcing and Outsourcing

Upcoming points will discuss the difference between insourcing and outsourcing:

Difference Between Outsourcing and Offshoring

Difference Between BPO and KPO

Difference Between Internal and External Stakeholders

Difference Between Sales and Marketing Executive