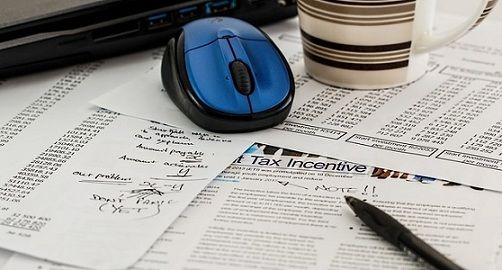 The main difference between ITR-1 and ITR-4S lies in the fact that ITR is opted by those assessees who chooses presumptive taxation, whereas this is not so in the case of ITR-1.

The Central Government of India has the right to levy Income Tax. It is a direct tax, imposed on the total income of the person, in the previous year. The term person includes all type of assessees covered under the act, i.e. Individual, Association of Persons (AOP), Hindu Undivided Family (HUF), Body of Individuals (BOI), partnership firm and body corporate. The tax is governed by the Income Tax Act, 1961.

Income Tax Return (ITR) refers to the proclamation of income by the assessee, in the recommended format. It must be filed as per the provisions of the act. Central Board of Direct Taxes (CBDT), is the body that provides the relevant format for filing of return by different types of assessees. While filing the return, many individuals suffer confusion regarding which ITR form is suitable for them. There is a slight difference between ITR-1 and ITR-4S, which lies in the heads they cover. So, let’s continue further, to compare and contrast these two types of forms.

Income Tax Return form 1, shortly known as ITR-1, is a return filing form filled by an assessee, when his total income in the previous year includes income from salary or pension, house property (only one and that too should not include loss brought forward from any previous years) and other sources such as interest on fixed deposits or saving bank deposit.

In addition to this, if the income of other persons like spouse or minor is clubbed with the assessee’s income, then also the return form is used, only if their income falls under the specified heads.

ITR-1 cannot be used to submit return if the income of the assessee is from:

Income Tax Return form 4S, also known as ITR-4S, is for those assessees who opted for presumptive taxation on their business income under section 44AD and 44AE of the Income Tax Act, 1961, provided the turnover of the taxpayer is less than equal to 1 crore. It also includes those taxpayers who earn income from salary, one house property (except when loss brought forward from any previous years) and income from other sources, i.e. interest income.

44AE is for presumptive taxation for plying, hiring and leasing of goods (up to ten vehicles) and 44AD is for other businesses. Presumptive Taxation Scheme is a method, wherein the assessee pays the tax by estimation. Under section 44AD, the profit earned by the assessee is estimated at 8% of the turnover and in section 44AE, Rs 7500 will be presumed as net income per month from each vehicle, irrespective of the heavy or light vehicle. In this scheme, any business expenses will not be allowed. Further, the assessee neither has need to maintain books of accounts nor to pay advance tax.

If clubbing provisions apply to the assessee, and the income of other persons are clubbed in the tax payer’s income, then this form is filled only if the income being clubbed falls under the heads specified above.

One cannot use this form to file return of his income if he derives income from:

Note: ITR 4S has been discontinued in financial year 2016-17 and it has been renamed as ITR 4.

Key Differences Between ITR-1 and ITR-4S

The following points are noteworthy so far as the difference between ITR-1 and ITR-4S is concerned:

Therefore, before filing income tax return, the assessee should first consider these provisions. The primary difference between ITR-1 and ITR-4S is the presumptive business scheme, which is included in ITR-4S but not in ITR-1.

Difference Between PAN and TAN

Difference Between Progressive and Regressive Tax