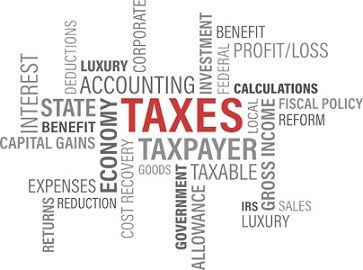 The government formulates taxation policy with an aim of performing a variety of functions and fulfilling the financial needs of the country by using the money received in the form of tax on development projects. Tax is nothing but a mandatory contribution, levied by the government, without reference to any benefit to the taxpayer, in return for the tax paid by him. By nature, taxes are classified as a progressive tax, proportional tax, and regressive tax. Progressive tax refers to the tax which rises with the rise in income.

Conversely, the regressive tax is one wherein the rate of tax decreases with the increase in the taxable amount. Take a glance at this article to know about the differences between progressive and regressive tax.

This taxing mechanism aims at reducing tax incidence of people, with lower income as the tax incidence is shifted on the people with higher income. Further, it is based on the notion that individuals who earn more, have to pay more.

For example Income tax, wherein the income tax is divided into various slab rates, i.e. Whenever the income of the assessee crosses a particular slab, a higher income tax rate is imposed on his income.

When the amount subject to taxation increases, the overall rate of tax decreases, then this taxing mechanism is said to be regressive. Simply put, the regressive tax is one in which high tax is collected from low-income earners and low from high-income earners.

The regressive tax is applied in a uniform manner, i.e. the tax is fairly imposed on all consumers regardless of their level of income, on the basis of what they own or purchase. But, because the tax is not associated with income, the low-income group are severely affected by it, has they have to pay a higher share of their income as the tax on necessities. Therefore, the incidence of the tax, falls more on poor people than on rich, as the relationship between tax payer’s ability and the rate of tax is inverse.

For example, Value Added Tax charged fairly to all customers, but lower section of society is highly affected by it.

The differences between progressive and regressive tax can be drawn clearly on the following grounds: