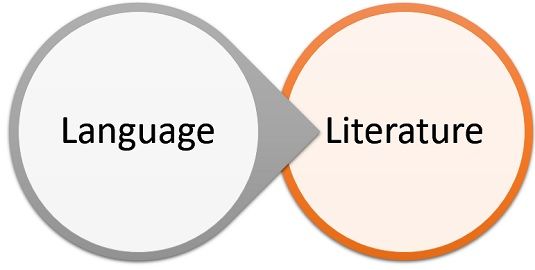 Language is one of the best inventions of mankind, without which we won’t be able to share our knowledge, opinions, ideas, feelings or express anger, excitement, nervousness, fears, with another person. Here we are not just talking about vocal language, but all the systems used as a medium for communication. Language is an intellectual body of sounds, symbols, and meaning which are regulated by grammatical rules and structure.

On the contrary, literature can be understood as any body of knowledge, present in written form which is used to express of one’s thoughts, opinions and ideas, about culture, tradition, life experiences, etc. with the use of language. Now, let’s move further to talk about the differences between language and literature.

Literature refers to any sort written or spoken material, regarded as an art form, which has some intellectual value, due to the use of language in a manner, which is different from its normal usage.

Literature can be any work which is artistic, developed with a vivid imagination and which mirrors the culture of a region, language, ancient time or behaviour pattern of human society. It is an indicator of the modernization of society. It introduces the reader to a completely new world or presents a familiar thing with a different angle or perspective.

The common forms of literature are novel, poem, short story, drama, prose, biography, autobiography, memoir, play, essay etc. These forms of literature use words in a very influential, effective and thought-provoking manner. It is a record of what one has seen, experienced, thought or felt in life, which has an instant and enduring interest.

It is not just the use of words to write some technical, corporate or legal policies or frame laws of the government. In literature, creative writing is used as a means to express the intellectual thoughts and ideas, where a language is just a tool of expression. Further, it is regarded as a graciousness of written work.

Language means the system of verbal or non-verbal signs which are used by living beings, so as to convey information, feelings, thoughts, etc.

In other words, language is a method of communication, which comprise of sounds, words and grammar. It has certain grammatical rules and structure that lets the people pronounce words, in such a way that it is understood to others. The scientific study of language is termed as linguistics.

It undergoes an ongoing yet unrecognized process of change and development, making it more clear, crisp and refined. There are a number of changes made in the spellings, pronunciation and meaning, of the words used in a particular language. It comprises of sounds, words, sentences, signs, gestures, postures, expressions, etc.

Language differs from society to society and region to region, and each language possesses a unique dialect. It serves various purposes, right from the casual discourse to acquiring knowledge. In fact, the introspection through which one defines own thoughts relies highly on language itself.

Key Differences Between Literature and Language

The points presented below describe the difference between literature and language:

From the above discussion, it might be clear to you that literature and language are neither same nor contradictory in nature, rather literature is highly dependent on language.

Literature is an aesthetic subject which deals with the study of work and styles of various authors and writers. On the contrary, language is the only way of communication, no matter, if it is interpersonal or intrapersonal. The whole literature is based on the language in which it is written.

Difference Between Social Science and Humanities

Difference Between Verbal and Nonverbal Communication