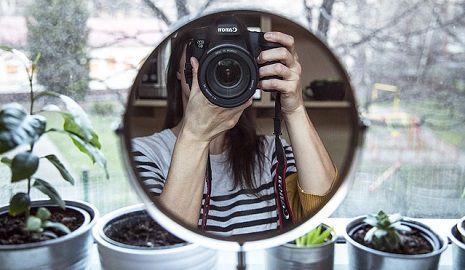 Do you guys know that the object reflects the light, whenever it falls on the object, and once the reflected light reaches our eyes, we see it. There are a lot of facts related to light, but two most common ones are an image formed by mirrors and bending of light through lenses. In simple terms, mirror means a smooth and highly polished glass surface, through which images are formed by reflection, as the light falls on it.

On the other extreme, a lens is a part of the transparent refracting medium, (i.e. glass), bounded by two surfaces, of which at least one is spherical. It helps in the formation of images, as the light passes through the medium. In this article excerpt, you will find an in-depth discussion on the difference between mirror and lens, so have a look.

The mirror is defined as a shiny glass object, with a silvery coating at its back, which reflects light and results in the formation of an image of the object, which is in front of it. It is used in our homes, to see the reflection of our face or other objects. It is of two types:

Lens implies a piece of transparent material, i.e. glass or plastic, that has two opposite surfaces, one or both of which are curved. It is most commonly used for correcting the vision. Lenses are either singly used or in a combination of two or more simple lens in an optical device, so as to produce an image by converging the beam of light.

The working of the lens is based on the principle of refraction, i.e. the light rays bend after they pass through the lens and thus their direction changes and that is why the objects visible from the lens seems larger or smaller than the actual object. There are two types of convex and concave lens, which are discussed as under:

Key Differences Between Mirror and Lens

The points presented below are substantial so far as the difference between mirror and lens is concerned:

Mirrors and lenses are used to produce the image of whatever placed in front of it. Depending on the position of the object, the nature of image may vary, i.e. it can be real or virtual. A mirror is usually of a glass or a metal, but a lens is of glass or plastic.