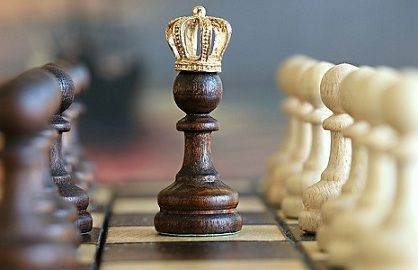 In a market, you can find different forms of imperfect competition for different products and services. Monopoly and oligopoly are two of them, wherein monopoly can be seen for those products which do not have competition, while oligopoly can be observed for the items with stiff competition.

Monopoly is a market condition whereby only one seller is selling an entirely heterogeneous product at the marketplace, having no close substitutes to the product offered by the seller. On the other hand, oligopoly is a type of competition, whereby there are a few number of vendors in the market selling differential products or nearly differential products. In an oligopoly, there are only few firms operating in the market and so, the sellers are influced by the acrivities of other sellers.

In the article presented to you, we are going to talk about the differences between monopoly and oligopoly, take a read.

In simple terms, Monopoly means ‘sole to sell.’ It is a situation of the market where there exist only one seller in the market for a particular commodity or service, supplying goods to many customers and he is having ultimate control over it. The product or service offered by the seller is unique, which do not have any close substitute. Due to the dominance of the whole market, they enjoy the benefit of large scale production. The salient features of monopoly are as under:

In a monopoly market, there is no competition and so the monopolist overcharges the prices of products. Under this market structure, price discrimination exists in a way that the price varies from customers to customers for the same product.

In an oligopolistic market, a firm has to rely on other firms for taking decisions regarding prices because the slightest change in the price of rivals may cause loss to the firm.

The other feature of this type of market is the use of marketing tools like advertising to get the maximum market share. Each and every firm of the industry, closely observes the moves and actions of the competitors to plan its steps according to the behavior of its rivals.

The following are the various forms of oligopoly:

Key Differences Between Monopoly and Oligopoly

The following are the major differences between monopoly and oligopoly:

Practically, the monopoly can be seen in services related to the public utility like transport, electricity, water and so on.

One can find oligopoly in industries like a cold drink, automobile, telecommunication etc.

In practical life, we find monopoly in transport like railways and other public utility services only, but oligopoly exists in many industries of the economy like the automobile industry, telecommunication industry, soft drink industry, plastic industry, etc.