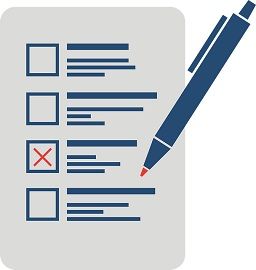 When we talk about life insurance, we often hear the terms nomination and assignment. The former refers to the appointment of a person, to receive the proceeds upon the demise of the policyholder, whereas the latter implies the legal transfer of rights to the benefits of the policy to another person, i.e. assignee.

In the nomination, the property or amount secured by the policy remains at the disposal of the assured, till the time he/she is alive and the person appointed as the nominee is only for beneficial interest. On the other hand, in assignment the assets or policy amount passes to the assignee, as he/she gets the title or ownership and interest of the policy. Check out the given article to know the differences between nomination and assignment.

In Life Insurance, nomination can be understood as a facility, which allows the policyholder or say insured to nominate a person, who can claim the policy amount, in the event of death of policyholder. If, in case, a minor is appointed as nominee, then a major should be specified, in order to receive the money secured by the policy, upon the demise of the insured.

When the policy matures while the insured is alive or when the nominee dies prior to the maturity of the policy, the policy amount is paid to the policyholder, or his/her legal heir or representative.

Assignment, as the name suggest is the legal transfer of rights from the policyholder to the assignee to receive benefits indicated in the insurance agreement. It is usually made out of love and affection with the family members or for adequate consideration to any outside party.

The assignment can be made either through an endorsement upon the policy or separate instrument, duly signed by the assignor or his agent. The signature is required to be witnessed by at least one person competent to contract. It becomes effective from the date when the documents are received by the insurance company in proper order.

In general, space for endorsement is given in the policy document to enable the holder affix the assignment statement, along with reasons for the same.

The benefits in the policy arise as a result of survival and death benefits. All life insurance policies provide death benefits, but survival benefits are concerned with maturity benefits under the policy that involves a hidden investment component.

Key Differences Between Nomination and Assignment

The difference between nomination and assignment can be drawn clearly on the following grounds:

By and large, a nomination only accentuates the hands, to whom the policy amount is to be paid on the death of the assured, so that the insurance company gets the valid discharge of liabilities, as per the policy. Nevertheless, the amount can be claimed by the legal heirs of the policyholder.