In our monetary policy rate series, we have already discussed the CRR and SLR, Repo Rate and Reverse Repo Rate. So, in this session, we will go through the bank rate and MSF rate. The bank rate can be understood as the interest rate at which commercial banks borrow money from the central bank without any sale of securities.

On the other hand, MSF Rate is the rate of interest at which commercial banks borrow funds overnight from the central bank, by giving government securities as collateral.

This post is all about the difference between Bank Rate and MSF Rate. Let us understand it together.

As per Section 49, of RBI Act, 1934, initially, the bank rate was introduced as a benchmark rate at which the central bank is ready to purchase or rediscount bills of exchange and other instruments, which are qualified for purchase under the Act. However, with the emergence of the Liquidity Adjustment Facility (LAF), discounting or rediscounting of bills of exchange using bank rate has been discontinued by the RBI.

Resultantly, the bank rate turns out as inoperative, as a tool for monetary management. Hence, the Bank rate is aligned to MSF Rate.

The two main purposes for which Bank Rate are used: 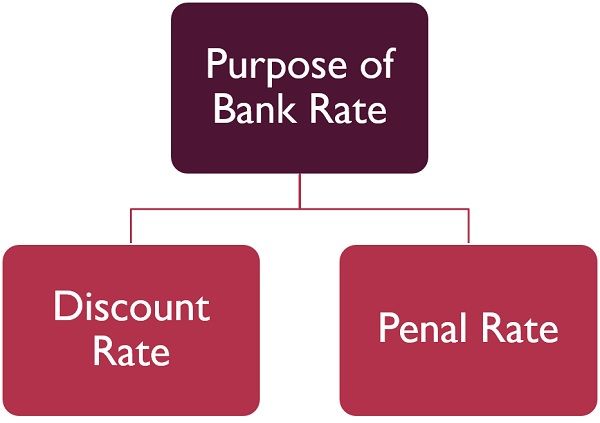 To understand MSF Rate, first of all, you need to understand the Marginal Standing Facility (MSF). In the event of an emergency when interbank liquidity ceases completely, a marginal standing facility is available for the scheduled commercial bank to borrow money from RBI overnight.

In this facility, the scheduled commercial banks can borrow funds from the central bank overnight, against the government-approved securities of Statutory Liquidity Ratio (SLR) quota (which is in excess of the current SLR) up to a certain percentage of their Net Demand and Time Liabilities.

Hence, in order to meet additional liquidity needs banks can avail overnight funds from the Reserve Bank using the MSF facility. In this facility, funds are available to the banks at a higher rate of interest, which usually greater than the policy repo rate, which is called as MSF Rate.

The borrowing can be made against the excess SLR securities. Further, the commercial banks are allowed to go down up to two percentage points, below the stipulated SLR, so as to avail funds under MSF.

Repo Rate was introduced with an aim of influencing liquidity in the economy. It is the rate at which RBI provides loan to the banks. However, there were significant issues with Repo Lending, which are:

The marginal standing facility was introduced to overcome these issues:

Marginal Standing Facility is allowed to scheduled bank only. Further, banks are permitted to use the marginal standing facility only after using up excess SLR of their NDTL.

The differences between bank rate and MSF rate are elaborated in the points given below:

The salient features of MSF are represented here: 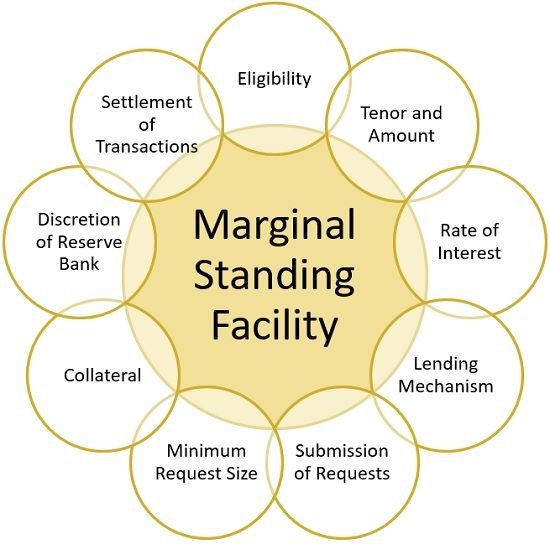 Come let’s discuss them one by one:

So, we can say that MSF is a special window for scheduled commercial banks to avail loans from RBI against government-approved securities, in case of deficiency of funds and the rate at which marginal standing facility is provided is called MSF rate. Conversely, the bank rate was introduced as the standard rate which directs market interest rates.