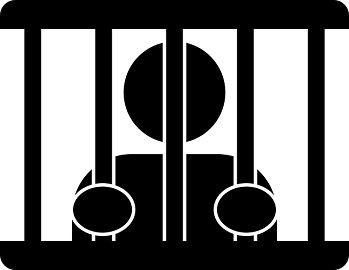 The term probation and parole are the two alternatives to the incarceration, wherein the conduct of the offender is supervised according to the law. Probation can be understood as a penalty imposed by the court in which the criminal offender is not detained but allowed to remain in the community, on the promise of good behaviour, subject to the supervision of the probation officer.

In contrast, parole, or otherwise called as supervised release, is one in which the inmate is released from the jail either temporarily or permanently, before the completion of sentence, subject to good behaviour.

While studying criminal law, it is important to stay aware of these two concepts and their difference as well, So, here in this article, we’ve simplified the difference between probation and parole.

Probation can be defined as the release of the offender, from police custody, subject to the good behaviour of the convicted offender under specific conditions. It is considered as the supervision period, in which the offender has to follow certain rules prescribed by the court, under the supervision of the probation officer.

A person is granted probation when he is found guilty for commission of an offence, in which the accused is not sent to jail rather he is allowed to stay in the community, provided that he adopts ethical conduct and not commit any crime in future, or else he will be sent to jail.

The condition of probation differs regarding the accused and the criminal offence, which encompasses community service, fines, reporting to a probationary officer, restriction on consumption of drugs and alcohol, counselling, jail time and so forth.

By the term, parole is meant the grant of release to the convict, only when he has served a part of his punishment in jail.

In this, the prisoner is temporarily or permanently released from the jail, subject to the conditions set forth by the parole board. These conditions ensure the safety of the members of the society include appearing before the parole officer whenever needed, obeying the law, restriction on the consumption of alcohol or drugs, avoiding contact with certain people, restriction on leaving the specified geographical area without the permission of the officer, getting employment and so forth.

While on parole, the convicts are not considered as free from their sentence, rather they have to serve the community and rehabilitate themselves and comply with the rules specified, or else they will be sent back to jail on the grounds of the original sentence.

Key Difference Between Probation and Parole

The points stated below are relevant, so far as the difference between probation and parole is concerned:

By and large, probation and parole share many similar aspects but are not one and the same thing as probation is for those offenders who do not have any previous criminal record, whereas parole is for those convicts who are serving detention due to a serious crime committed by them, but pursues good behaviour and follows the rules of jail properly. So, for that, they are awarded parole.