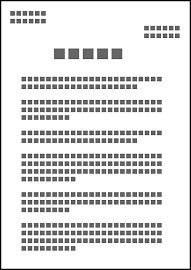 Summon is a legal notice, issued both in case of civil and criminal proceeding, in which a court orders an individual either to appear or to produce a document before the court, at a stipulated time and place. On the other extreme, a warrant is described as a legal document issued by a judge or magistrate, which empowers a police officer to make an arrest, search or seize premises or undertake any action, concerning the administration of justice.

In short, the two legal documents serve the same purpose but are quite different from one another in the sense that the practical effect of the two is not same. Read out this article, in which we’ve explained the difference between summon and warrant.

In law, the summon is a notice issued by the court to the persons involved in the lawsuit, containing an order for appearing or for producing a document/ thing before the judge. It can be explained as a legal document delivered to the party, i.e. defendant or witness, with respect to a lawsuit.

When a case is initiated by a plaintiff (the aggrieved party), against the defendant (accused), the summons is served. The court orders to issue summons to the defendant to notify that he/she is being sued, ensuring a fair trial. It is also issued to other persons who are directly or indirectly involved in the case.

A summon is in writing, created in duplicate, duly signed by the presiding officer of the concerned court or by the officer authorised by the high court in this regard.

The police officer or officer of the court or any other person who is a public servant, delivers the summon, to the defendant. However, the summon issued to witness is served to him/her by a registered post, wherein the acknowledgement letter should be signed by the witness, on receiving the summon.

By the term warrant, we mean a written authorization given by a judge or magistrate, that allows a police officer to perform a specific act, that would otherwise be called illegal, as the act is against the fundamental rights of the citizens. The warrant is used to apprehend someone, search the premises, seize the property or carry out any such activity, that is required to regulate justice.

Key Differences Between Summon and Warrant

The points given below are relevant so far as the difference between summon and warrant is concerned:

Summons and warrant are two legal documents containing a written order, which a court issues after the case has been registered, that requires the person named in the document to appear before the court on the stipulated date.

First of all, the court issues summon to the person with respect to a legal proceeding, that bounds him/her to appear before the judge on the stipulated time and date, or otherwise, a warrant is issued by the court, against that person.