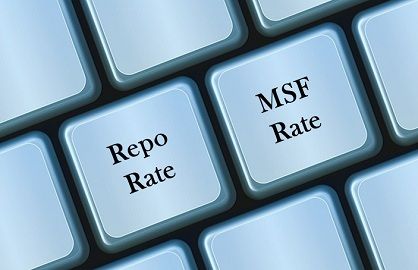 Repo Rate or repurchase auction rate is one at which the Reserve Bank of India, buys back Government Securities, from the commercial banks, based on the level of liquidity, the central bank wants to maintain in the country’s economy. The central bank uses this as a tool to increase or decrease the supply of money in the economy.

Marginal Standing Facility (MSF), is a window for banks, to take money on credit from the central bank, by pledging Government securities, in the case of emergency, when the interbank liquidity has been exhausted completely. And the rate at which money is borrowed is known as MSF rate. The article excerpt makes an attempt to shed light on the difference between Repo Rate and MSF Rate, take a read.

Repo Rate is referred to as a discounting rate at which the central bank i.e., the Reserve Bank of India (RBI) lends money to the commercial banks against repurchase agreement of government securities. Here, repurchase agreement means the central bank will lend money against the pledge of government securities, which would be bought back by the bank itself after a stipulated period. Repo also stands for repossession or repurchase option.

Marginal Standing Facility Rate abbreviated as MSF Rate, is a rate of interest at which the central bank i.e the Reserve Bank of India (RBI) lends money overnight to the Scheduled Commercial Banks against an approved government securities of Statutory Liquidity Ratio (SLR) quota (securities which are in excess of the current SLR can be pledged) up to a certain percentage of their Net Demand and Time Liabilities (NDTL). But, however, if the bank doesn’t have such securities, then also the funds can be provided, but subject to some penal charges.

The Scheduled Commercial Banks which are having their Current Account and a Subsidiary General Ledger with RBI are eligible to facilitate the borrowings but, it is at the discretion of RBI whether to grant the loan or not.

After discussing so many differences between these two rates, anybody can easily distinguish these terms from each other. If the banks want to borrow funds from the RBI with government approved securities they can go for a Repo rate because their rate of interest is low. But, if the bank has an urgent requirement for funds up to 1 crore, then they can opt for the MSF Rate subject to some eligibility conditions prescribed above, but at a high rate of interest.