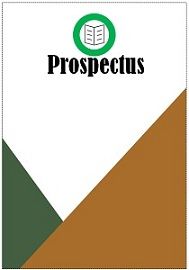 To raise capital from the general public, the first and foremost requirement of a public company is to issue a prospectus. A prospectus is a disclosure document used to invite the general public to subscribe for shares. It contains all the relevant details and facts about the company that helps the investors in rational decision making.

Nevertheless, both the documents compile similar details, there is a difference between prospectus and statement in lieu of prospectus.

The term ‘prospectus’ refers to a mandatory document which contains an invitation to subscribe for shares, issued by all the companies. It is a legal document, wherein the offer their securities for the public for purchase. It must be in written format, i.e. an oral invitation to offer, for the purchase of shares will not be regarded as a prospectus. It includes the red-herring prospectus, shelf prospectus, abridged prospectus or any other circular or notice, that invites the public to subscribe for its shares.

Prospectus is the key document of the body corporate, on which the investment decisions of the prospective investors relies. So, it is mandatory for the companies to make disclosure of all the material facts and also prohibits variations in the terms and conditions of the contracts, as any misstatement or concealment of facts can cause heavy loss to the investing public.

Definition of Statement of Lieu of Prospectus

The Statement in Lieu of Prospectus is a document filed with the Registrar of the Companies (ROC) when the company has not issued prospectus to the public for inviting them to subscribe for shares. The statement must contain the signatures of all the directors or their agents authorised in writing. It is similar to a prospectus but contains brief information.

The Statement in Lieu of Prospectus needs to be filed with the registrar if the company does not issues prospectus or the company issued prospectus but because minimum subscription has not been received the company has not proceeded for the allotment of shares.

Key Differences Between Prospectus and Statement in Lieu of Prospectus

The difference between prospectus and statement in lieu of prospectus is described in the points given below:

So, with the above discussion, it would be quite clear that both the documents are used in the different situation, or say opposite circumstances. Hence, before issuing any of these two, you must know whether you want the public subscription or not.