In business, all the profit earned during a financial year is not utilized for payment of dividend to the shareholder, rather a certain amount is earmarked and retained in the business, so as to meet out future needs or cope with emergency situations, it is known as reserves. Based on the nature of profit from which reserves are created, they are grouped as revenue reserve and capital reserve. Revenue Reserve is created out of profit arising from day to day business operations while Capital Reserve is created out of capital profits

Reserves are nothing but an appropriation of profit and thus it decreases the amount of profit available with the company for distribution to shareholders. It appears on the liabilities side of position statement (Balance Sheet) under the head Reserves and Surplus. In this article excerpt, you can find, substantial differences between revenue reserve and capital reserve.

Revenue Reserve refers to the part of profit set aside and not distributed to shareholders as the dividend but kept in the business to meet out unforeseen future expenses or losses, or to invest in business expansion. It is created from revenue profit, which is a result of operating activities performed by the business entity, during the financial year. It is used to improvise the financial position of the entity. There are two types of revenue reserves: 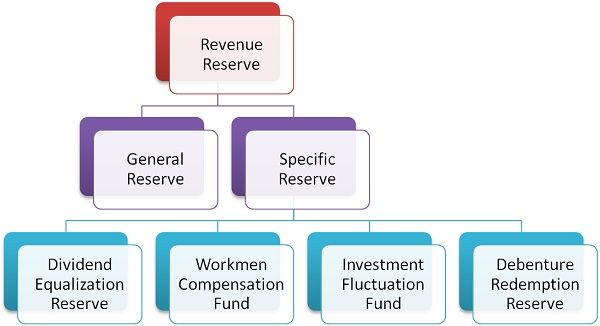 Capital Reserve can be understood as the sum earmarked for specific purposes or long term projects. It is the result of capital profit that is earned by the company from transactions of capital nature, such as: 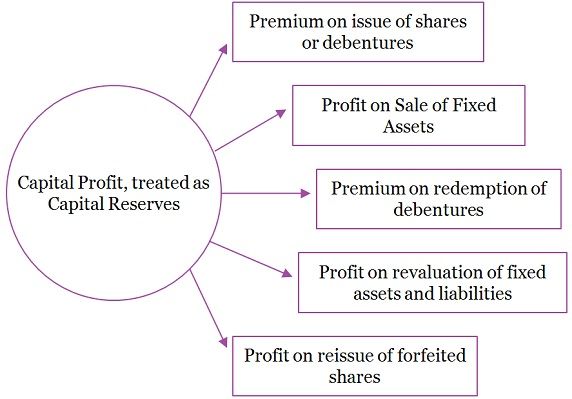 Capital Reserve is aimed at writing off capital losses, that occurs due to the sale of fixed asset, investment, etc. The amount of capital reserve can be used by the company to issue fully paid bonus shares, to the shareholders.

The points given below, explain the difference between revenue reserve and capital reserve:

Creation of reserves is vital for the business, to safeguard itself from any unexpected losses or contingencies, that may arise in future. It can also be used to strengthen the overall financial position of the firm and to redeem long-term debt such as debenture. While a revenue reserve represents the operational efficiency of the concern, which is not in the case of capital reserve.

Difference Between Retained Earnings and Reserves