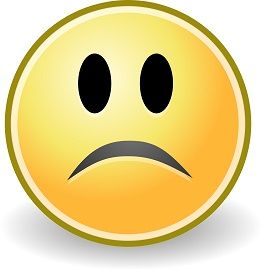 Sympathy means the feeling of sorrow or commiseration for the hardships, problems and pain caused to another person. It is often misconstrued with empathy which refers to an individual’s ability to understand what another person is going through, by perceiving himself in the same situation. Now let’s understand them clearly with the help of an example:

In the above example, the word sympathy is used to mean the compassion Hazel has for the victims, but as she has not suffered such an accident she cannot empathize, i.e. she cannot understand how it feels.

So, the basic difference between sympathy and empathy is that while sympathy is all about feeling sorry for someone’s misfortune, whereas empathy implies acknowledging what another person is feeling.

The word ‘sympathy’ is created out of two Greek terms ‘sun’ and ‘pathos’, which means ‘with’ and ‘feeling’ respectively. Hence, it refers to feeling with someone, i.e. commiseration.

It is a feeling of pity for the suffering of another individual that leads to his sadness. So, while feeling sympathy for another person, we actually have compassion and wish to help the other person. It can be used in the following ways:

The word ’empathy’ has been recently added to the English vocabulary. It is a combination of two Greek words ’em’ and ‘pathos’ which means ‘in’ and ‘feeling’ respectively. It refers to feeling oneself in someone else’s situation, i.e. what another person feels in a particular situation.

So, in the case of empathy, we have that ability to imagine ourselves in the same situation, i.e. in their place and experience their sufferings, as if they are ours. In other words, it is a person’s capability to suppose himself in another person’s condition or position.

Key Differences Between Sympathy and Empathy

The points given below are important so far as the difference between sympathy and empathy is concerned:

Difference Between Jealousy and Envy

Difference Between Adverse and Averse