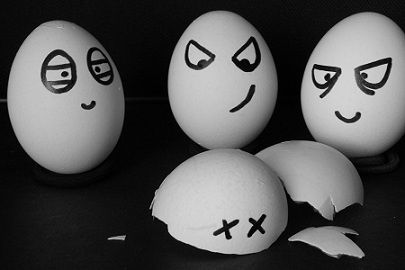 Someone has rightly said, “Jealousy and envy make you ugly.” Jealousy is a fear of losing something, envy is a something, in which you want something possessed by someone else. These two are human emotions that are characterized by the sense of resentment and discontent.

Jealousy is described as the feeling in which a person gets overprotective with respect to the rights, position and possession. On the contrary, envy arises when one feels discontented due to the desire evoked by someone else’s quality, possession, achievements, etc.

Due to lack of understanding of these two terms, most people use them synonymously, as they both make you feel inadequate. Take a read of this article to understand the fundamental differences between jealousy and envy.

By the term, ‘jealousy’ we mean an unpleasant feeling, aroused when you fear someone is trying to take, which happens to be yours. To put simply, jealousy occurs when there is an insecurity or anxiety over an expected loss status, position or something of personal value to another person that belongs to you. Further, it is a complex emotion that gives rise to many other feelings such as anger, helplessness, humiliation, etc.

Jealousy can be found in both men and women when their relationship is under a threat by a third person. In fact, siblings too, suffer from this problem, as they seek the attention of their parents.

We define ‘envy’ as a feeling of covetousness and begrudging, aroused when a person lacks someone else’s exceptional quality, possession or success, advantages, etc. Many believe that envy occurs due to the objectivity of deficiency, but it is actually caused by subjective inability to possess.

Envy is an emotion, experienced by people who are dissatisfied with their self-image or who has low self-esteem, as they feel inferior to the person they envy. It is among the seven deadly sins and one of the principal causes of discontent and resentment in people. A person driven by envy, can’t let another person enjoy something, he/she is unable to enjoy it. However, the effects of envy can also be positive, as it encourages you to achieve what you covet.

Key Differences Between Jealousy and Envy

The major differences between jealousy and envy are discussed in the points given below:

Jealousy and Envy are good for no one, in fact, it only harms you mentally and emotionally. The root cause of jealousy and envy are often same, i.e. these feeling arise when you doubt your abilities, qualities or skills or you have a poor self-image. The primary reason behind jealousy is ‘fear’, fear of losing someone, or being rejected or getting alone, that results in insecurity or anger. On the other hand, the basic cause of envy is dissatisfaction of what you have that makes you unhappy.

Difference Between Sympathy and Empathy

Difference Between Introvert and Extrovert