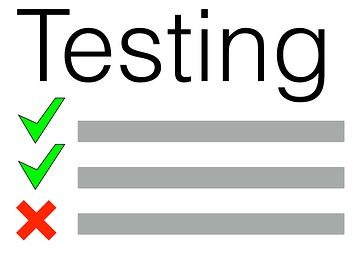 Hypothesis testing starts with setting up the premises, which is followed by selecting a significance level. Next, we have to choose the test statistic, i.e. t-test or f-test. While t-test is used to compare two related samples, f-test is used to test the equality of two populations.

The hypothesis is a simple proposition that can be proved or disproved through various scientific techniques and establishes the relationship between independent and some dependent variable. It is capable of being tested and verified to ascertain its validity, by an unbiased examination. Testing of a hypothesis attempts to make clear, whether or not the supposition is valid.

For a researcher, it is imperative to choose the right test for his/her hypothesis as the entire decision of validating or refusing the null hypothesis is based on it. Take a read of the given article to understand the difference between t-test and f-test.

A t-test is a form of the statistical hypothesis test, based on Student’s t-statistic and t-distribution to find out the p-value (probability) which can be used to accept or reject the null hypothesis.

T-test analyses if the means of two data sets are greatly different from each other, i.e. whether the population mean is equal to or different from the standard mean. It can also be used to ascertain whether the regression line has a slope different from zero. The test relies on a number of assumptions, which are:

Mean and standard deviation of the two sample are used to make comparison between them, such that:

F-test is described as a type of hypothesis test, that is based on Snedecor f-distribution, under the null hypothesis. The test is performed when it is not known whether the two populations have the same variance.

F-test can also be used to check if the data conforms to a regression model, which is acquired through least square analysis. When there is multiple linear regression analysis, it examines the overall validity of the model or determines whether any of the independent variables is having a linear relationship with the dependent variable. A number of predictions can be made through, the comparison of the two datasets. The expression of the f-test value is in the ratio of variances of the two observations, which is shown as under:

The assumptions on which f-test relies are:

Key Differences Between T-test and F-test

The difference between t-test and f-test can be drawn clearly on the following grounds:

T-test and f-test are the two, of the number of different types of statistical test used for hypothesis testing and decides whether we are going to accept the null hypothesis or reject it. The hypothesis test does not take decisions itself, rather it assists the researcher in decision making.

Difference Between Descriptive and Inferential Statistics