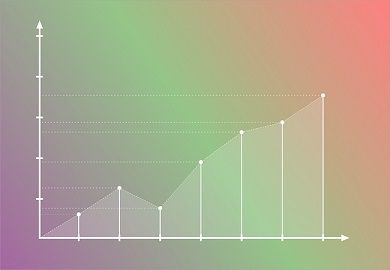 Turnover is a broad term which is used in different contexts in different disciplines. In general, it implies the business or trading done by a company, in terms of money, in a given period. On the other hand, the word revenue is specific in nature, which refers to the proceeds received by the company in a particular period. It is not the profit of the company, rather it is the receipts of the company.

Whenever we talk about how big a company is? or how successful it is? Or how much it has grown compared to the past years? What is its net worth? we often come across the words turnover or revenue. For most of the people, these words are one and the same thing, in fact, they associate it with the term ‘sales’ but let me tell you, that they are different from sales, as in, the sales of goods or services is just one stream of income.

Now, let’s move further into the topic to understand the difference between turnover and revenue.

The word turnover has a different meaning in different disciplines. In accounting terminology, Turnover, as the name suggests, refers to the number of times an asset revolves during an accounting period, i.e. the frequency or speed of converting/turning over assets into revenue from operations. It determines the efficiency and effectiveness of the enterprise to manage resources. It is used to know the cycle of purchases, sale and re-order of inventory.

In Human Resource Management, it is used in the context of employees, i.e. the activity of replacing an employee (left or fired) with that of a new one. The turnover rate indicates the rate at which the organization loses and hires employees.

In finance, the value of shares traded on a financial market during a particular time period, say, in a day/week/month, it is called turnover.

Revenue mainly refers to the money earned by the company during the ordinary course of business operations, i.e. operating revenue. Meaning that, in case of a profit-making company, revenue will be the proceeds from selling the commodity to consumers or rendering services and in case of a non-profit making company it would be a donation, membership fees and subscription.

However, it also includes proceeds from non-operating activities which are infrequent or non-recurring in nature such as the sale of investments, sale of a fixed asset, sale of scrap material, interest received, dividend received, commission received, etc.

Revenue is also called as “Topline” as it appears on the income statement as the top item. All the expenses and costs are deducted from the revenue, resulting in the net income of the firm, which is called the “bottom line”. So, we can say that revenue is the earnings of the business before any deductions.

Here one thing must be noted that revenue is not equal to sales, as sales are just one part of business revenue.

Key Differences Between Turnover and Revenue

The points given below are substantial so far as the difference between turnover and revenue is concerned:

In business, the words turnover and revenue plays a crucial role in gauging the performance of the enterprise, and also in case of valuation of the business, in the event of liquidation, sale or merger.

Difference Between Sales and Revenue