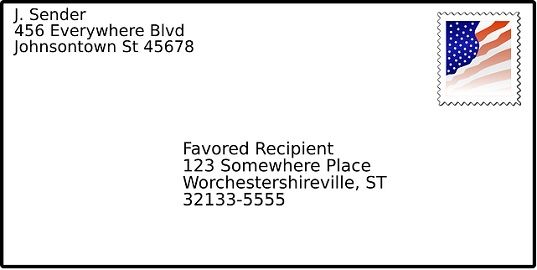 We all know that whenever we write our postal address while sending something to someone at another place, we have to mention code at the end, for which specific place is provided. These codes can be numbers or a combination of numbers and letters which stands for geographic location, point or route. They are postal codes which are used by the postal department or courier companies in automated sorting of the piece of mail and quick delivery.

However, the postal code is not used by all the countries, i.e. there are some countries which use Zip code instead. A zip code serves the same purpose as a postal code and is used by countries like the United States and the Philippines.

There is a thin line of difference between zip code and postal code. However, both are used for routing and sorting mails as well as determining the time and cost of transporting the mail. Moreover, these codes are also helpful in collecting demographic information of an economy.

The word Zip Code is an abbreviation for Zone Improvement Plan, which was introduced by United States Postal Services (USPS) in the year 1963.

Zip Code is mainly used to identify the exact location where the parcels, packages and letters are to be delivered, by dividing the regions into simple geographic groups, which speed up the mail delivery system as the sorting of mails becomes easy. These geographic groups may consist of various addresses, businesses, landmarks, etc.

Formerly, it was a five-digit number, which has been changed to a 9 digit number, for better identification of the place, where the mail has to be delivered.

Postal Code can be defined as a coding system used by many countries in the world to facilitate the sorting of mails automatically. It is a series of number, or a combination of numbers and letters, which helps the postal departments and the courier companies to recognize the exact location and place, where the mail has to be delivered or dropped.

The postal code reflects the range of delivery jurisdiction, meaning that there is one postal code, for various delivery destinations, that comes under the same jurisdiction. For this purpose, there is an areawise allotment of postal code and so they are linked to a specific geographical location, however, the format and implementation differs from one nation to another.

The difference between zip code and postal code are discussed in the points hereunder:

Many countries in the world use codes either the postal code or zip code or any other similar code, by whatever name it is called, in the postal address. These often make the movement and delivery of the mail easier, faster and efficient, which not only saves the time and efforts of the delivery man as well as prevents confusion, if two areas are known with the same name, in a city or town.

Difference Between Certified and Registered Mail