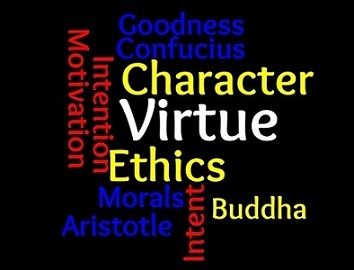 Code of Ethics and Code of Conduct are the standards that a group must adhere to, so as to remain the member of the organisation. The primary difference between code of ethics and code of conduct is that code of ethics is a set of principles which influence the judgement while the code of conduct is a set of guidelines that influence employee’s actions.

These statements are formally addressed and need to be accepted by the members when they join the organisation for the first time. These help the business enterprise in regulating the business efficiently. While code of conduct is something that states organized values, code of ethics is used to observe ethical norms and gives a foundation to rules of conduct. Check out the article to know more on these two topics.


Definition of Code of Ethics

Code of Ethics is a document issued by the top-level management, which consist of a set of principles, designed to guide the members of the organisation to carry out business honestly and with integrity. It describes the core values of the organisation that guides the decision-making. It provides ethical standards which are to be followed by the members. It sets out general guidelines to assist individuals to apply their judgment, concerning a suitable behaviour in a given situation.

Code of ethics helps members in understanding what is right or wrong. The codes are disclosed publicly and hence addressed to the interested parties to know the way the company does business. Violation of the code of ethics by any member may result in termination or dismissal from the organisation.

Definition of Code of Conduct

Code of Conduct is a document that expresses the practices and behaviour of a person, required or restricted as a condition for becoming a member of the organisation or profession. The code sets out the actual rules, so it lays down the do’s and doesn’t s of an employee. The members are responsible for its adherence and held accountable for its violation.

Every organisation has its code of conduct issued by the Board of Directors (BOD) that determines the social norms, regulations and responsibilities. It is in the form of written statement; that contains rules for behaviour, which are supposed to be followed by the employees of the company. The document directs and guides the employees in various matters.

Key Differences Between Code of Ethics and Code of Conduct

The major differences between code of ethics and code of conduct are described in the given below points:

Code of Conduct is actually extracted from the Code of Ethics. Therefore, the latter concept is wider than the former. Moreover, these codes are beneficial for businesses of any size and nature as the codes lays down direction which is helpful for employees, to behave in a particular manner and also making a public image of ethical behaviour.

Difference Between Law and Ethics