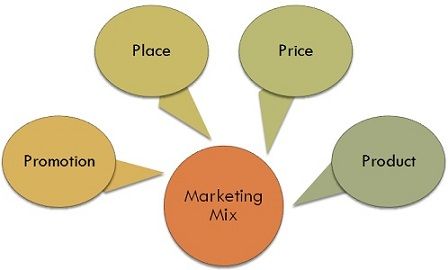 Most of the people are having the opinion that promotion and advertising are one, and the same thing but both of the terms differ in the sense that advertising is that form of communication, which is intended to induce potential customers, to buy your product, over the competitors. It is a tool that reaches thousands of customers in one go.

In this article, our main focus is to explain all the difference between advertising and promotion. But, first of all, you must know that promotion is a marketing technique, and advertising is a promotional tool.

Advertising is an impersonal promotional tool which is used to draw public attention towards a product or service, through a selected and paid media. It is a means of communication that helps to communicate a single message, to a large number of people in less time. In a nutshell, advertising is nothing but “telling and selling” of commercial items.

Advertising is a technique used by most of the companies, to persuade the potential customers to buy the product. Various channels are used for the purpose of advertising like television, radio, newspaper, magazines, billboards, pamphlets, posters, cabs, buses, walls, etc.

Due to extreme competition between companies, the cost of advertising a single product is very high, these days. In general, people get attracted to the advertisement and the demand for that product increases. So, the effects of advertising are positive. The result of advertising is seen in the long run when there is an upward movement in the sales figure.

However, it is quite difficult for a common man to identify good products among an array of products because only positive aspects are disclosed in the ads. The more the ads are displayed to the customer, the more it will make an impression on the customer’s mind. In this way, it helps the companies to make money easily with their product no matter whether the quality is up to the mark or inferior.

Promotion refers to the set of activities that communicate the merits of a product, service or brand to persuade target customers to buy it. It is one of the four elements of the marketing mix. It is a way of attracting, inducing and creating awareness among the people to initiate the purchase.

The ways of promotion include, discount coupons, free distribution of samples, rebate, offers like giving two items at the price of one, trial offers, offers on festivals and occasions, contest, value added services, etc. Due to these methods, the companies get an instant boost in their sales because customer response is impulsively when they know that they will get more at the price of less. It involves activities like:

Key Differences Between Advertising and Promotion

The following are the major differences between advertising and promotion:

After the deep discussion, we can say that both the terms advertising and promotion are different. However, there are certain similarities like both are a part of marketing strategy. The tools are mainly used for influencing the demand for the product or service and to get the desired response in the target market.