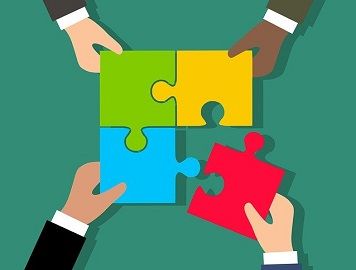 Alliance, implies a union or association between two or more parties, for a mutual gain, shared interest or to achieve a common goal. On the contrary, Coalition refers to the collaboration of the two or more political parties or groups, to constitute the government if no political party won majority votes in the elections.

A political party can be defined as a group of people having a similar ideology, who come together, so as to take part in the elections and gain power in the government by getting the maximum votes and seats. The coalition is a popular strategy adopted by the political parties to gain or remain in power, commonly known as coalition politics.

When a number of parties contest elections and more than two parties have a winning chance, either according to the seats gained by them on their own or by forming an alliance or coalition with other parties. Such a system is termed as a multi-party system.

In this session, we will discuss the difference between alliance and coalition.

Alliance can be defined as a formal agreement between two parties, groups, organizations or nations, etc. to work together, for mutual support and cooperation, so as to attain a definite objective. In can take place in politics, business, army, etc. The members who join the alliance are known as allies.

A political alliance is one in which a political party hold hands with like-minded parties so as to contest elections, often against the common rival, and gaining power in the government. In an alliance, the political parties may bunch up, pool their resources and work collectively, to defeat a common enemy in the election and maximize their vote share.

Further, it is a fact that if there is just one political alliance, contesting elections against individual opposition parties, then the winning chances of the alliance is higher than the individual ones. However, if the number of the alliance is increased to two and they are equally strong, then either of the two parties may get the majority to form the government.

In simple words, the coalition refers to the union of the political parties for a definite objective. A coalition is a temporary agreement or partnership amidst multiple political parties, so as to attain more influence or power than a single party can achieve solely.

When no individual party gains sufficient majority to constitute the single-party government, the coalition government is formed, wherein several small groups agree to join hands by removing their specific differences to form a majority. It involves sharing of power among the various political parties and so, there are more than one ruling party in a coalition government.

In this way, a number of small parties get a chance to come together and form a government, and the leadership role lies in the hands of a single largest constituent. It is based on a mutually agreed common programme.

Coalition arrangements have a limited span of life, in the sense that it dissolves when the objectives for which it is formed is achieved. The political parties seek a short term electoral gain. The objective can be election or referendum, passing a resolution in the assembly, forming the government, managing the process by the process of sharing power, etc.

It can take place at three levels – Electoral, Parliamentary and Governmental.

Coalitions mainly vary as per the timing of its formation. There are instances when the political parties remain independent until after the election results are declared, and then they form a coalition on the basis of the requirement of the seats.

But there are also certain instances in which the coalition exists before the elections and the parties in alliance share the campaigning cost, as well as they, campaign for the coalition and not for their own party.

Key Differences Between Alliance and Coalition

The differences between alliance and coalition are listed below:

With the emergence of a multiparty system in the politics, nowadays elections are contested not among the political parties but a coalition of parties, wherein the nature of competition, alliance and major players differ from one place to another.