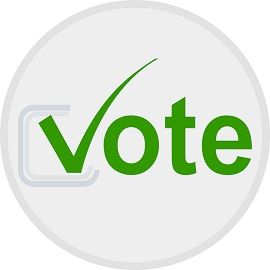 First Past the Post, is a voting method, in which citizens of a constituency cast votes for the candidate, whom they wish to represent them in the Parliament. On the other hand, Proportional Representation is the system of election in which the people cast their votes directly to a political party.

According to universal adult franchise all citizens of the country, who have attained the age of 18 years can cast a vote and take part in the formation of the government. In this way, the people can send their representative forward by electing them, who work for safeguarding their interest. First past the post and proportional representation system are the two voting systems which are commonly employed to elect the member of Parliament.

First Past the Post System, or otherwise known as Simple Majority System, is an electoral system in which the candidate who gets the maximum number of votes in the elections, gets elected, in a single member constituency. The result is based on the majority of votes obtained by the nominated candidate.

The multi-cornered contest is also experienced, wherein the number of candidates contesting the election rises to 3 or 4 and sometimes even more than 6. In such cases, the candidate getting the highest number of total votes cast, gets the seat, as it follows the simple rule of the majority, even if it is less than 50% of total votes.

It aims at electing a person who can represent the constituency, in the parliament. So, votes are cast by people for different candidates, who are nominated by a political party. Countries like UK, USA, Canada and India follows it.

Proportional Representation or commonly called as Single Transferable Vote System implies an election system, wherein the representation of all classes of people is ensured, as each party gets as many numbers of seats as the proportion of votes the candidate polls in the election.

In this system, any political party or interest group obtains their representation in proportion to their voting strength, i.e. as soon as the votes are counted, each party gets the number of seats in the parliament according to the number of votes.

In this way, parties with the small support base, also get their representation in the legislature. Sometimes, it results in the multi-party coalition government. From the point of view of a voter, every vote is important, as it counts. It is followed in countries like Netherlands and Israel.

The difference between first past the post and proportional representation, are presented in the points given below: