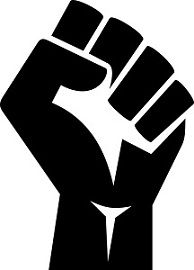 In our today’s topic, we will discuss the economic ideologies that emerged in the last centuries, i.e. capitalism and communism. Adam Smith, the renowned Scottish Economist, wrote a book, The Wealth of Nations in which he sparked the idea of Capitalism.

On the other hand, Karl Marx, a famous Philosopher, and Sociologist, from Germany, initiated the idea of Communism, in his book The Communist Manifesto, as a response to Capitalism. These two political theories are in opposition to each other as in the former promotes private ownership, the latter stands against it. Take a full read of the article given below, to have a clear understanding of the differences between capitalism and communism.

The term ‘capitalism’ implies an economic system that advocates private ownership of the means of production, distribution, and exchange, to earn profit. In this system, the determination of production and price of the goods and services are done by the market, i.e. the demand and supply forces play a significant role here.

The key features of capitalism are individual rights, private property, accumulation of wealth, market economy, free and competitive market, self-interest, minimal government intervention. In a capitalist economy, it is the owners who decide and invest, in the financial and capital market on the production inputs. The competition in the economy decided the price and distribution of merchandise in the economy.

In this political system, the government owns everything and all the individual works for a common goal. Therefore, class distinction does not exist, as all are considered equal. Communism aims at removing the gap between the wealthy and poor and establishing equality in the economy.

Key Differences Between Capitalism and Communism

The following points are noteworthy so far as the difference between capitalism and communism is concerned:

Both communism and capitalism are a form of social organization, that is associated with trade and industry in the economy and discusses the ownership of property.

As every coin has two aspects, a good and a bad, so as with the case of communism and capitalism. In capitalism, the distribution of wealth is uneven, due to which the rich get richer while the poor become poorer. On the other hand, in communism, there is an equal distribution of wealth, but it does not allow individuals to have private property. Communism attempts to eliminate capitalism in the economy, as it was introduced, as a response to injustices of capitalism.

Difference Between Economics and Economy

Difference Between Communism and Socialism