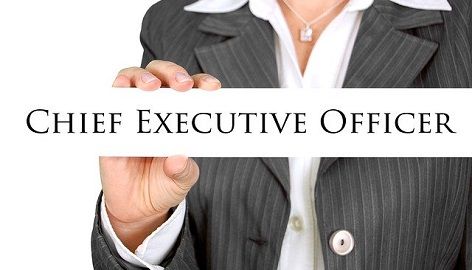 The Chief Executive Officer or CEO has a unique set of roles to play and responsibilities to fulfil in the organization, that can’t be delegated to the subordinate staff. It is the CEO of the company who identify the resource requirements, researches sources to raise funds, formulate strategies to approach the lenders, presents proposals and submits them. He/She administers the entire operations and effectively manages human resources.

On the other hand, Chief Operating Officer or COO is the second-highest-ranking officer in the company, after CEO, who oversees the routine operations, and reports to the CEO about day to day working.

Both COOs and CEOs are tasked with high-level responsibilities, which has a great impact on the company’ success and failure. Now, this write-up will help you in understanding the difference between COO and CEO.

The company’s COO or Chief Operating Officer is one of the senior executives, who are responsible for heading the company’s day to day administrative and operational activities. His/Her work is to implement the business plan as per the specified business model. 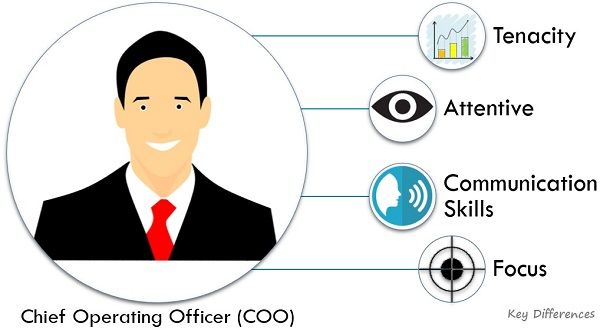 Moreover, he/she assists the CEO in keeping an eye on the company’s achievements and also in maintaining a competitive position in the market. The COO has the power to maintain a positive work climate which is beneficial in gaining, retaining and motivating competent employees at different hierarchical levels.

Therefore, it is the company’s COO who:

The role performed by the Chief Operating Officer (COO) varies from one company to another. Large firms often have more than one COO, so as to look after different business lines and units. However, there are some organizations which do not have a single COO. He/She facilitates effective growth and also ensures operational efficiency and financial stability.

Chief Executive Officer, shortly known as CEO, refers to the top-most executive, in a corporate entity, elected by the company’s board members. He/She is the one who enacts the strategies which are officially approved and accepted by the board and also makes certain that the company’s overall anatomy and processes matchup the organization’s strategic and cultural requirements.

CEO is the person, who is in charge of the organization. The responsibilities are based on the nature, structure, type and needs of the concern. He/She is responsible for making corporate decisions, formulating and implementing long term plans and strategies, managing operations and resources. He/She acts as a communication link amidst the company’s board and operations. 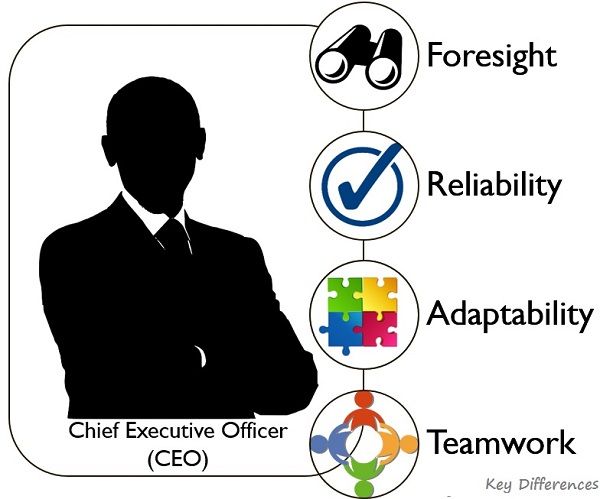 The CEO is supposed to act and behave with honesty and sincerity while complying with the organization’s code of conduct and values.

Key Differences Between COO and CEO

The difference between COO and CEO can be drawn clearly on the following grounds:

Roles and Responsibilities of COO

The basic responsibility of the COO is to oversee the daily operations of the firm, including its various units, and divisions, as per the strategic plan and budget. The roles and responsibilities of a COO are:

Roles and Responsibilities of CEO

In general, the scope, roles, responsibility and authority of CEO are defined in the organization’s governance charter, along with the official job description in the contract of employment. The roles and responsibilities of a CEO are discussed as under:

Therefore, CEO must possess exceptional business judgement, because only then he/she will be able to guide the team in identifying the problems correctly, locating the issues in alternative courses of actions and choosing the most suitable one. On the other hand, a COO should possess good organizational, communication and leadership skills, so as to lead and guide the entire team.

Difference Between President and CEO

Difference Between Executive and Non-Executive Director

Difference Between Branch and Subsidiary