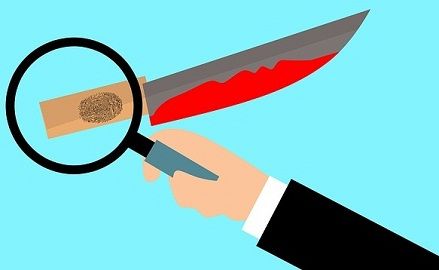 Evidence plays a crucial role in determining the facts and circumstances of the case. Without it, one cannot prove the offence committed by the accused, which makes the judgment impossible. To find out the facts of the case, we have two types of evidence, i.e. direct evidence and circumstantial evidence. Direct evidence refers to the evidence which when held as true by the Court, outrightly proves the fact.

On the contrary, Circumstantial Evidence, as the name suggests, is the evidence, based on circumstances or incidents, which does not directly prove a fact, but it points out the guilt of a person indirectly, by linking the chain of events to reach the final conclusion.

In the eyes of law, both direct evidence and circumstantial evidence are given equal weight and importance. So, it is up to the jury on which one to believe and consider to establish the guilt of the accused beyond a reasonable doubt. Now, first of all, let us have some basic knowledge of the evidence.

Evidence is the clue, that helps us to find out the truth. It can be a physical object, a statement, document, deductive reasoning, supposition, or inference. It is submitted to the court or judge for the purpose of inspection.

This post will update you with all the facts and differences between direct evidence and circumstantial evidence.

The evidence in which witness outrightly affirms about the fact in issue, which requires to be proved or disproved, depending on the claims he/she makes as to what is seen, heard, or felt by him/her at the time when the crime took place. It is one such evidence that does not require other evidence. Also, inferences or conclusion is not required to be drawn.

For example, It can be in the form of:

Though direct evidence has an upper hand over circumstantial evidence, its reliability is generally questioned because the statement made by eyewitness may be false or based on a lie, which can easily mislead the Jury.
However, there is a general rule which says, the more direct evidence obtained, the stronger will be the case.

Circumstantial evidence is proof of multiple facts, which helps you to reach a final conclusion. It is one in which the witness does not explicitly affirm the facts of the case that is to be proved or disproved, rather evidence in relation to other facts is presented and then the inferences can be drawn based on logical reasoning.

In this, a single piece of evidence is not considered enough, as multiple pieces of evidence are required to prove the guilt of the accused. For this the jury is asked to link all the events and facts collected against the accused, to reach the conclusion. Also, there are possibilities of one or more explanations or conclusions.

Five Basic Principles of Circumstantial evidence which constitute ‘Panchsheel‘ are: 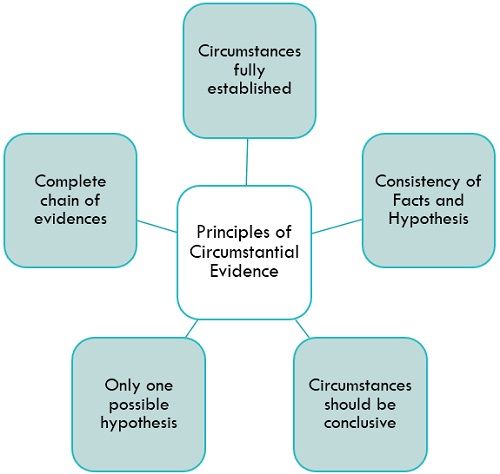 So far we have discussed, the basics of the two types of evidences, now its time to talk about the differences between direct and circumstantial evidence:

Many a time, circumstantial evidence is used in conjunction with the direct evidence, as the former is considered as ineffective when considered alone.