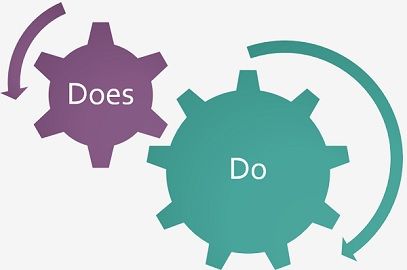 Whenever we talk about actions, we use the words do, does and did. Do and does represents the simple present forms of the verb ‘do’, while did is its simple past form. These are primarily used to form negative and interrogative sentences. Do is used with personal pronouns, I, we, you, they. On the other hand, does is used with personal pronouns he, she and it. Let’s take an example to understand the two:

There are only a few differences between do and does, which we are going to discuss in this article. Let’s have a look.

Do refers to perform or undertake an action, either on his/her own or in response to the wish of another person. It is an auxiliary verb, which is used with the main verb, to form various types of sentences. Let’s discuss where to use ‘do’ in our sentences:

Does is nothing but a conjugation of the verb ‘do’, which also means to perform, act or undertake any task or activity, either at his/her own will or as per the will of another person. It is used with the third person to form various kind of sentences. Now let’s take a look at where to use ‘does’ in our sentences:

Key Differences Between Do and Does

The difference between do and does are described in the points given below:

We use ‘do’ and ‘does’ in our sentences when we refer to our hobbies, likes, dislikes, daily routine, habits, and so forth. Do is mainly used in the sentences, when we talk about more than one person, or about ourselves or thing in the second person, but we use does to refer a single person or indicating a third person.

Difference Between Some and Any

Difference Between Must and Have to

Difference Between Another and Other