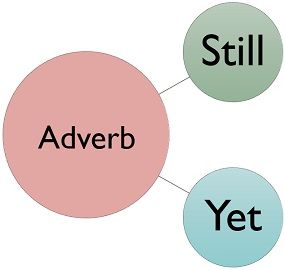 Many think that still and yet often mean the same thing, but this is not the case. Still talks about something which began in the past and it persists even now, as it is not completed or finished yet. On the other hand, yet refers to something which a person is longing for or expecting to start, complete or happen by a certain time, but it does not happen, started or completed until now.

If you’re still having confusion regarding these two, or your confusion is not cleared yet, let’s take a look at the examples below:

In these two examples, you might have noticed that still is used to denote a continuous action. As against, yet indicates something which must be happened by the time, but it does not take place.

The word ‘still’ defines an action or a situation which started in the past and is still going on, i.e. neither the situation or action is changed or stopped. However, there are a number of uses of still, which are discussed here:

The word ‘yet’ is used to denote an action which is expected to happen, start or finish by the stated time, but did not take place, till that time. Let’s take a look at these points to understand the uses of yet:

Key Differences Between Still and Yet

The difference between still and yet are discussed in the points given below:

The basic confusion arises between them when they are used as an adverb. So, the best tip to remember their difference lies in their meanings, i.e. still means something which is continuing and yet means until now. Further, still is mainly used with present continuous tense, whereas yet is used with present perfect tense.

Difference Between Do and Does

Difference Between Must and Have to

Difference Between Wait and Await