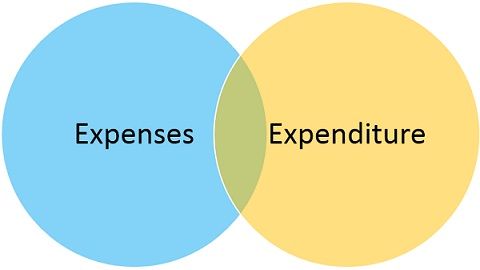 The words ‘expenses’ and ‘expenditure’ are commonly used as synonyms, but there is a fine line of differences between them. While expense refers to the amount spent on the production or selling of the goods and services, so as to generate revenue, expenditure implies any type of disbursement of funds made by the enterprise.

While expense denotes consumption of cost, expenditure indicates outlay of funds. It is worth noting that expenditure is a broad term that covers expenses. Further, the portion of expenditure that is deemed to have been utilized in the current is regarded as the expense for that year.

This written account will cover all the points that differentiate an expense from an expenditure.

An expense is a cost which a business incurs, so as to earn revenue while undertaking business operations. Basically, it refers to the cost of assets consumed or services used, by the firm during the course of the financial year.

It is that portion of expenditure that is written off in a financial year. Fixed assets such as plant and machinery, furniture, vehicles, etc. are completely utilized during their lifetime, and their life years are definite say 5 years or 10 years. So, the proportion of fixed assets which is expired during the period, while carrying out business operations, such cost is allocated to the expenses.

In other words, expenses are the costs, whose benefits have been completely used up during the period.

To generate income, a firm has to use some of its resources to produce goods and services and offer them for sale. The amount spent by the firm in purchasing or arranging these resources is termed as ‘expense’.

Expenditure refers to the total amount of resources used up by the firm, such as the amount spent or cost incurred for acquiring assets or services. The amount is either paid in cash or credit, or the assets are exchanged for other assets.

It does not merely mean an outflow of cash from the business, but it may also result in outflow or depletion of assets, transfer of property, and increase in the firm’s liabilities. It is measured by cost, which can be expired or unexpired.

Note: There is a difference between expenses and expenditure. However, all expenditures are written off as an expense, over the years, as the part of the expenditure which expires during the course of the financial year is termed as an expense.

There are three types of expenditure: 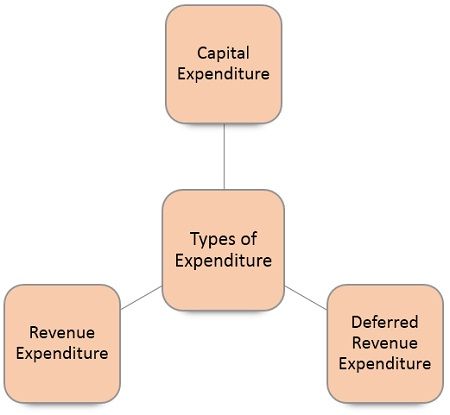 Key Differences Between Expense and Expenditure

So far we have understood the concept and types of the two terms. Come let us understand the difference between expense and expenditure:

Suppose a plant is acquired for Rs. 35,00,000 on which depreciation is charged @ 10%. The amount spent on its acquisition is an expenditure, or more precisely, capital expenditure whereas the depreciation charged is an expense for the financial year.

In a nutshell, the amount spent with the purpose of obtaining benefit is an expenditure and the part of the expenditure that is used up during the financial year is an expense.

Difference Between Depreciation and Amortization