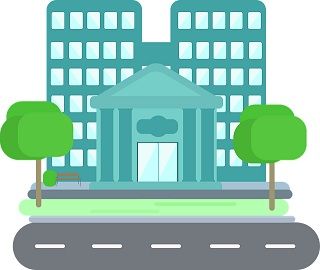 Banks implies the financial institution that takes public deposits and extends credit to those who need it. They are a substantial part of the financial system, which assists in the overall economic development. These are broadly classified as scheduled and non-scheduled banks in India regulated under the Banking Regulation Act, 1949, wherein scheduled banks include all the commercial banks like nationalised, foreign, development, cooperative and regional rural banks.

Scheduled Banks as the name suggest are the banks, which are accounted in the Second Schedule of the Reserve Bank of India (RBI) Act, 1934. To qualify as a scheduled bank, the bank should conform to the following conditions:

However, they are required to fulfil certain obligations like maintenance of an average daily balance of CRR (Cash Reserve Ratio) with the central bank at the rates specified by it. Add to that; these banks need to submit returns at regular intervals, to the central bank subject to the rules of Reserve Bank of India Act, 1934 and Banking Regulation Act, 1949.

Non-Scheduled Bank refers to the banks which are not listed in the Second Schedule of Reserve Bank of India.

In finer terms, the banks which do not comply with the provisions specified by the central bank, within the meaning of the Reserve Bank of India Act, 1934, or as per specific functions, etc. or as per the judgement of the RBI, are not able to serve and protect the depositor’s interest, are known as non-scheduled banks.

Non-Scheduled Banks are also required to maintain the cash reserve requirement, not with the RBI, but with themselves. These are local area banks.

The difference between scheduled and non-scheduled banks can be drawn clearly on the following premises: