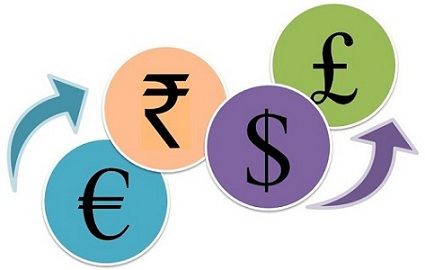 The depreciation of Indian Rupee against US dollar is the common headline of almost all news dailies, since past few years. Not only India but the primary concern of the monetary policy of all the countries focus on stabilising the exchange rate. However, still, a major section of society is unaware about currency fluctuations in the international market, as they do not have sufficient knowledge.

First of all, you need to know what exchange rate is? As its name suggests, it is a rate at which the currency of one country can be exchanged (converted) for another. Exchange rate regime or system refers to a set of international rules that manages the setting of exchange rates and the foreign exchange market. Take a read of this article, to know the important differences between fixed and flexible exchange rates.

An exchange rate regime, also known as the pegged exchange rate, wherein the government and central bank attempts to keep the value of the currency is fixed against the value of other currencies, is called fixed exchange rate. Under this system, the flexibility of exchange rate (if any) is permitted, under IMF (International Monetary Fund) arrangement, but up to a certain extent.

In India, when the currency price is fixed, an official price of its currency in reserve currency is issued by the apex bank, i.e. Reserve Bank of India. After the determination of the rate, the RBI undertakes to buy and sell foreign exchange, and the private purchases and sales are postponed. The central bank makes changes in the exchange rate (if necessary).

In this system, the currency price is market determined, concerning other currencies, i.e. the higher the demand for a particular currency, the higher is its exchange rate and the lower the demand, the lesser is the value of currency compared to other currencies. Therefore, the exchange rate is not under the control of the government or central bank.

The following points are noteworthy so far as the difference between fixed and flexible exchange rates is concerned:

As both the exchange rate system have their positive and negative aspects. It is not possible for economists to reach a particular conclusion, so the debate is indecisive, as counter arguments keep coming from both regimes. While theoreticians are favours flexible exchange rate due to their reliance on the free market system and price mechanism, policy makers, and central bankers supported fixed exchange rate system.