Fire insurance is an insurance that covers the risk of fire. It covers goods or property of the insured person. On the contrary. Marine insurance is one that encompasses risks associated with the sea. The subject matter covered here, is the ship, cargo and freight.

In this article, we are going to talk about the difference between fire insurance and marine insurance, in detail.

Fire Insurance refers to an insurance agreement in which the one party (insurance company or insurer) agrees to indemnify another party (insured), up to a specified amount against the loss of assets, i.e. goods and property, incurred to the latter due to fire, for an adequate consideration, in the form of premium.

There are two conditions which are to be satisfied, to claim for loss by fire, discussed as under:

Fire insurance is usually taken for one year, and after the completion of the term, it expires automatically. However, one can renew the fire insurance policy every year, by the timely payment of the premium, in a single instalment.

In this type of insurance, the insurer cannot claim the amount exceeding the value of property lost or damaged due to fire or the policy amount, whichever is less. In addition to this, the loss or damage by fire also covers the loss or damages occurred to extinguish the fire, so as to reduce the loss.

Marine insurance, as the name itself gives a brief description, is a type of insurance contract in which the insurer enters into a contract with the ship or cargo owner, and commits to indemnify the latter against the risks related to marine adventure, on the payment of premium.

The term ‘marine adventure’ includes collision of a ship with other ship or rocks, sinking or burning of the ship and its cargo, stranding of the ship etc. The different types of marine insurance are as under:

The losses in case of marine insurance are divided into two categories, as presented below: 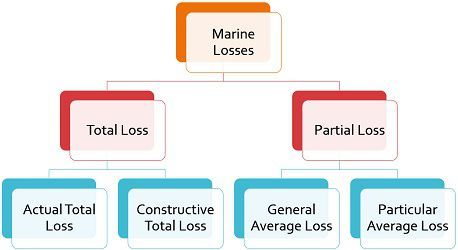 The difference between fire insurance and marine insurance are discussed in the points given below:

Difference Between Double Insurance and Reinsurance