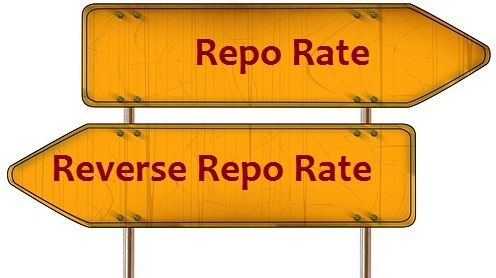 What is Repurchase Option Agreement?

Repo is an abbreviation for the Repurchase Option Agreement. It is a contract between the buyer and seller of the debt instrument, promising that the seller will repurchase the instrument after the specified period of time. It requires the seller to repurchase securities at a higher price than the price on which it was actually sold.

Further, Repo/Reverse Repo transaction takes place between parties approved by the RBI and that too in the securities approved by RBI, such as Government of India and State Government Securities, Treasury Bills, FI Bonds, Corporate Bonds, PSU Bonds, etc.

These two rates are mainly used to maintain the supply of money in the economy, i.e. to increase or decrease liquidity.

What is Liquidity Adjustment Facility?

Liquidity Adjustment Facility or LAF implies a monetary policy that facilitates banks to borrow money by way of Repurchase agreements.

In this piece of writing, you will find the differences between repo rate and reverse repo rate.

A repurchase Option or a Repo rate is the rate at which the Reserve Bank of India (RBI) grants loan to commercial banks against government securities with an agreement to repurchase the securities at a future date and predetermined price. 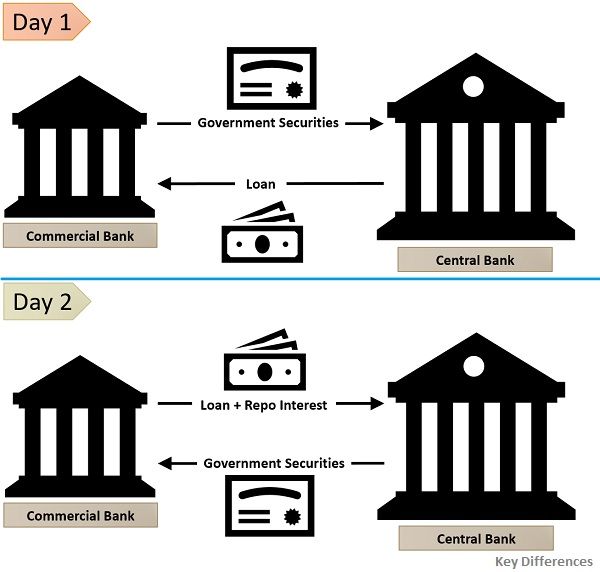 It is usually overnight. However, term repo has been introduced by the Reserve Bank of India, wherein the term is for 7 days or 14 days which means that the interest on the amount borrowed from the central bank is to be paid for 7 days, at the specified rate.

What if the bank defaults in the repayment?

In case the commercial bank defaults in repayment of the amount, the Reserve Bank of India, has the authority to sell the collateral, i.e. government securities in the open market, to recover the amount.

As of Feb 2021, Policy Repo Rate in India is 4%. The cut in the rates will make loans cheaper for the banks, which in turn reduces the loan lending rates.

When banks have excess money, they deposit their surplus cash with the Reserve Bank of India for a short term, at a specified interest rate, or the rate at which RBI borrows money through commercial banks by providing government securities is called as Reverse Repo Rate.

The Reverse repo rate is a fixed cut-off rate, at which the government securities are sold by the central bank at the auction. 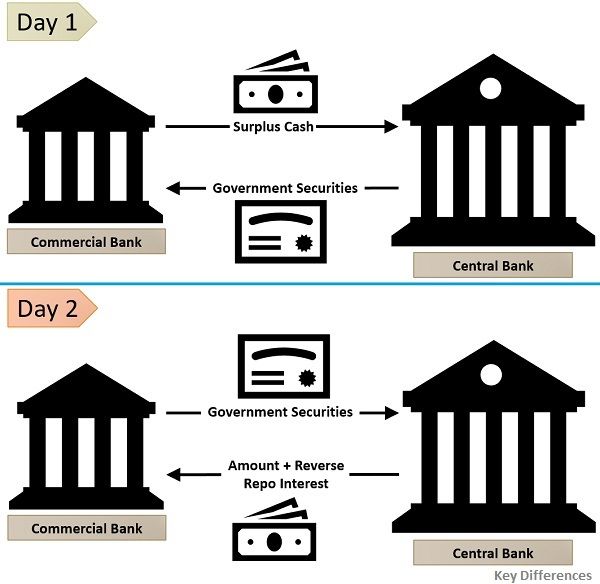 An increase in the rate acts as an incentive to the banks to deposit their excess funds with RBI, for a short term, against collateral and get interest at lucrative rates, on an overnight basis. In this way, the liquidity in the economy will be absorbed.

However, RBI reduces the reverse repo rate, the banks will earn less interest on their money deposited with RBI. So, they will invest their money in those investment avenues in which the rate of interest is comparatively higher, such as the money market. Thus increasing the overall liquidity in the economy, as more money is infused into the system.

It is a buying and selling agreement between the Bank and RBI, in which the bank promises to resell government securities to RBI, once the Reverse Repo period is over, at a predetermined rate of interest.

As of Feb 2021, Reverse Repo Rate is at 3.35% in India. The cut in the rate will encourage the bank to lend more to the general public, instead of depositing their excess money with the Reserve Bank.

In the points given below, you will find the difference between repo rate and reverse repo rate in detail:

Suppose ABC Ltd is a commercial bank that borrows ₹ 1 crore from the central bank. And the repo rate is 4% per annum. 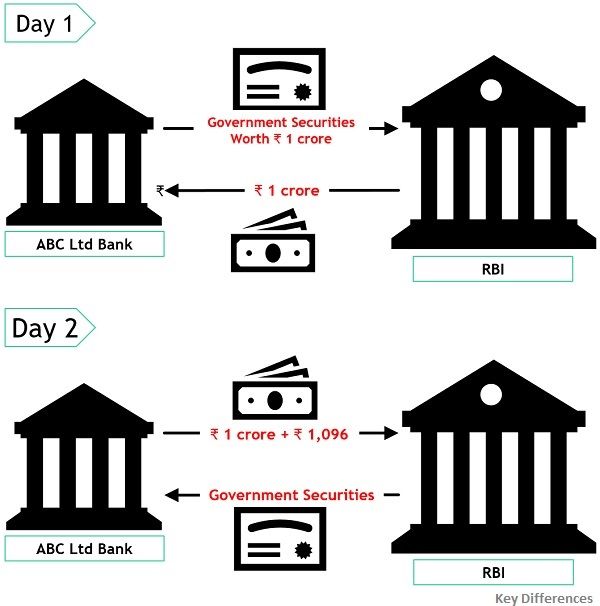 So, on the first day, Reserve Bank grants a loan to ABC bank worth ₹ 1 crore, against collateral (government securities). And on the second day, the bank repays the amount along with the interest @ of 4% per annum, i.e. ₹ 1,096. And RBI transfers government securities to the bank.

Suppose ABC Ltd. is a commercial bank. It deposits its surplus funds worth ₹ 1 crore with RBI, @ 3.35% per annum Reverse Repo Rate. 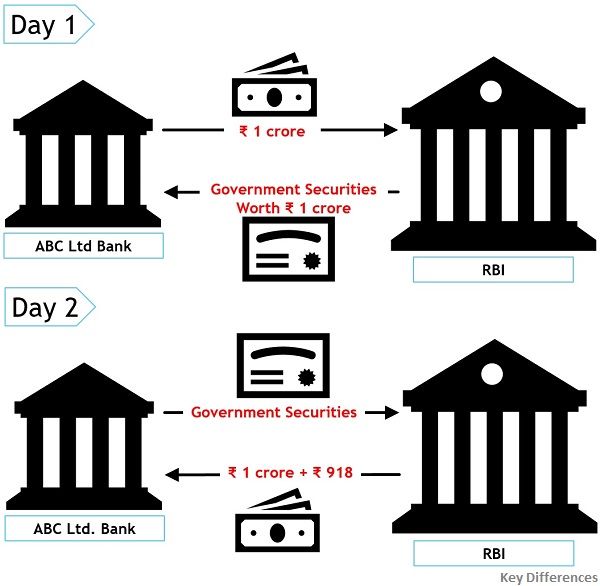 How these rates help in controlling Inflation?

When RBI wants to control inflation, it increases the repo rate and reverse repo rate, due to which raising loans become dearer, which decreases the money supply in the economy, and it reduces the spending power of the consumers, i.e. the demand will fall, and the impact will be displayed in the prices of the goods and services, which will be fallen due to less demand.

Now you must be thinking, how the loans will become dearer, As RBI charges a high-interest rate for providing loans, the bank will also charge a high rate of interest to extend loans to the general public. Similarly, a high-interest rate will be paid by the RBI on depositing money with RBI, so the banks will be encouraged to park their money with RBI, rather than extending loans to the general public, which will drain out excess liquidity from the economy.

Further, to accelerate growth RBI decreases interest rates, due to which availing loans become cheaper for the customers and this infuses money into the economy. As a result the overall demand increases and thus the prices of goods and services also rise. RBI attempts to stabilize the price of the commodities, to maintain a balance in the economy. And to do so, it uses Repo Rate and Reverse Repo Rate as a tool to maintain that balance.

An increase in the repo rate and reverse repo rate is an indicator of the tightening of monetary policy.