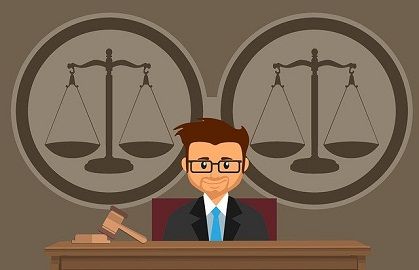 “Law” implies the system of rules and regulations, which are based on different principles of justice, fairness and equality, so as to govern human activities. In law, Decree implies the legal and formal order, which specifies the rights and obligations of the parties concerned. On the other hand, the judgement refers to the decision taken by the judge, on the premise of order or decree.

As we know that thousands of cases are dealt in courts daily, on which judgement is pronounced, after which a decree follows. A decree comes into being, as and when the judgement is given and not on the date when the decree duly signed and sealed by the Judge.

Let’s move further to understand the difference between judgement and decree.

Judgement is basically the decision given by the court or tribunal, concerning the case and specifies the rights and liabilities of the parties involved. It is the ultimate result of the court case, which often resolves the dispute and terminates the entire suit. A judgement specifies the party who won the case and the remedies conferred to the winning party.

After the case is heard, the Judge pronounces the judgement in front of the entire Court, either on the same date or at a future specified date, for which proper notice is issued to the parties involved. The main objective of giving judgement is to support the final conclusion on which the judge arrived, with most logical and convincing reasons.

In simple words, it is what the judge of the case writes concerning all the points of issue in the matter and the decision as to those issues. It explicitly specifies that all the issues have been adjudicated.

So, every judgement given by the court is based on facts, witness, evidence, findings, etc and the conclusion thereon. Moreover, it specifies the basis and reasons to reach the decision.

A decree can be defined as an official and authoritative order or sentence, formally expressed in the court hearing, understanding all the points in issue and determining the rights of the plaintiff and defendant in the suit, after the judgement is given. It is a court’s declaration, in which it specifies the legal consequences considering the facts, witness and evidence submitted.

A decree is a conclusion, on which the judge arrives through reasoning after hearing the parties concerned, i.e. the plaintiff and defendant, on the merits and stating the same in writing. In simple words, decree constitutes the final part of the judgement and is drawn out from the judgement made. It carries the basic details and the result thereon.

The date on which the judgement is given is the date of a decree for the purpose of execution, however, it can be signed later on by the judge or the successor judge, but within 15 days. It states the number of the suit, name and details of parties concerned including their address, particulars of the claim, relief granted, cost incurred and who will pay the same.

Key Differences Between Judgement and Decree

The difference between judgement and decree are discussed in the points given below:

In a nutshell, Judgement passed by any court of law, subsequent to which a decree takes place, often plays a crucial role in determining the scope and limitations of any individual. Moreover, judgements also act as precedents, on the basis of which future cases are decided.

Difference Between Appeal and Revision