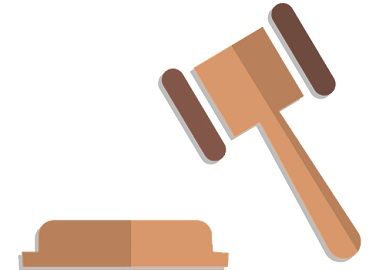 Litigation implies a method in which dispute between two parties is resolved by going court, for the judgement. However, due to the rigidity and high cost involved in the litigation process, there are instances when parties go to arbitration. Arbitration is a method of settling a dispute between parties wherein an independent person, selected by the parties mutually to decide the case.

The basic difference between arbitration and litigation is that court is involved in the case of litigation, as it is a lawsuit, whereas, in arbitration, a settlement between the parties is done out of court. So, take a read of this article to understand some more differences amidst the two dispute resolving methods.

Arbitration can be described as the private method of adjudication of disputes, wherein the parties seeking a settlement, mutually select one or more independent and unbiased persons as arbitrator. The arbitrator studies the situation and listens to the arguments and evidence of the parties, to make recommendations on the case, which is considered as final and binding upon the parties concerned.

Arbitration is one of the methods of alternative dispute resolution, which can be possible only with the consent of the disputing parties, which is contained in an agreement called as an arbitration agreement. The agreement must be in writing and specifically express the will of the parties to arbitrate the dispute.

By the term ‘litigation’, we mean going to court for settling the dispute between or among parties. It is a legal proceeding initiated between the opposing parties, with the aim of enforcing or defending the legal right.

In this process, the case is brought to the court, wherein the judge (appointed by the court to act as the litigator) gives his/her verdict on the issue after considering the all the arguments, evidence and facts presented by the lawyers of the parties. If the parties do not agree with the decisions of the court, they can appeal to a superior court for getting justice, provided certain conditions are fulfilled.

The court has a definite and formal procedure, for settling the conflict between the parties concerned, which should be followed strictly.

Key Differences Between Arbitration and Litigation

The difference between arbitration and litigation can be drawn clearly on the following premises:

Arbitration is preferred by the parties over litigation due to many reasons such as greater confidentiality, quick judgement, choice of solutions, higher chances of settlement, low cost, flexibility in process etc. Although, litigation has a number of advantages, i.e. numerous appeals can be made, easy enforcement of the final outcome, etc.