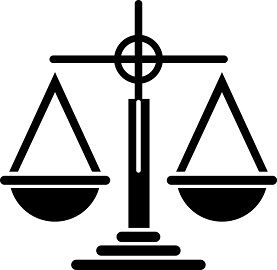 While mass measures, how much matter is present in an object. Weight measures how strongly an object is pulled due to gravity. These two terms are often encountered by us in our day to day life. Whenever we discuss the weight of the body, we actually talk about its mass, but these two are not synonyms, in fact, these two are different notions.

Due to the lack of knowledge people use the two interchangeably, which is incorrect, as mass is the fundamental property of matter whereas weight is the force, generated out of gravitational pull on the object. So, read the entire article carefully, in which we’ve simplified the difference between mass and weight in detail.

By the term ‘mass’ we mean, a physical quantity, which indicates the amount of substance or matter in something. It is the basic property of an object that gauges the object’s resistance to acceleration when force is exerted on it. Mass of an object tells about the total number, types and density of atoms contained in the object.

Mass is often measured by how much an object weighs, however, it is not weight because it remains same, irrespective of the location of the object. The internationally recognised unit of mass is kilogram (kg). However, there are also other units of measurements such as gram, milligram, tonnes or ounces and pounds. It is represented by M or m.

Weight implies the force caused by the gravitational pull of the earth, through which it attracts an object or body towards it. It is the product of mass (m) and acceleration of gravity (g), often represented by W. It is a vector quantity because it has both magnitude and direction, wherein the force acts vertically downwards. It is variable in nature, and that is why it increases or decreases with higher or lower gravity.

Further, the unit of weight is equal to the unit of force, because the weight of a particle is same as the force, that causes the particle to be pulled towards the earth’s centre. The weight of a physical body is directly related to its mass, in the sense that an increase in the mass, will result in the increase in its weight. In this way, weight is ultimately the measure of mass.

Key Differences Between Mass and Weight

The differences between mass and weight can be drawn clearly on the following grounds:

There exist a direct relationship between the mass and weight, such that the greater the mass of something, the greater is its weight. Although, the main difference between the two terms lies in the fact that mass is constant, while the weight of an object changes as it depends on how far is the object from the centre of the earth.