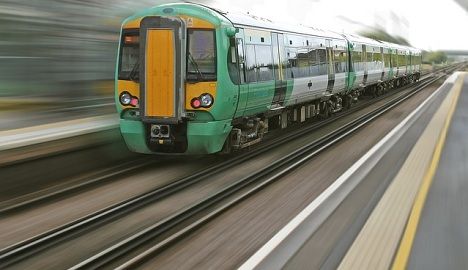 Velocity and acceleration are the two key concepts which are always discussed while studying motion. Velocity can be understood as the speed of a moving body in a particular direction whereas acceleration is any change in the velocity of the object, with respect to time.

Motion implies movement; it is the act of moving or more specifically, the change in position of the body, concerning time. Whenever you walk, run or drive you are actually in motion and not only this, flying of birds, swimming of fishes, flowing of water from the river, falling of leaves from trees, rotation and revolution of the earth, is also motion.

For a layperson, these two terms are one and the same thing, but in physics, there are subtle differences between velocity and acceleration.

In physics, velocity is described as a vector measurement as it has both magnitude and direction, wherein the magnitude represents speed and direction show its direction of motion.

Velocity is a physical quantity which describes the rate at which object moves, along with its direction. It implies the rate of change in position of someone or something, with respect to time, i.e. how fast an object displaces itself over time from one point to another.

A measure of change in velocity, with respect to time, is termed as acceleration. Whenever an object changes its velocity, it is said to be accelerating. It is a vector expression that has both magnitude and direction. An object is said to be accelerated when there is an increase or decrease in its speed or change in the direction of motion or both. It is concerned with how the body’s motion is changing with respect to time.

Key Differences Between Velocity and Acceleration

The difference between velocity and acceleration can be drawn clearly on the following grounds:

The motion of an object can be explained as distance traveled, which can be uniform or non-uniform, depending on the velocity of the object. The velocity of an object is its displacement per unit of time whereas acceleration is the rate of change of object’s velocity over a period of time.