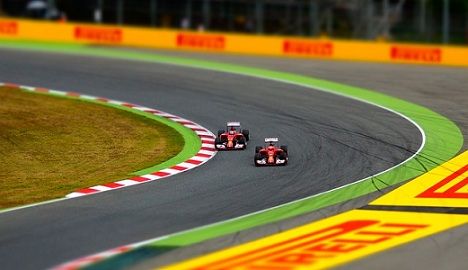 Have you ever wondered, why different objects travel the same distance, taking different amounts of time? This is because some objects are faster than others. You can calculate the rate of motion of a body, by determining the distance covered by an object in a given interval of time, i.e. speed. The term ‘speed’ is often misconstrued with the ‘velocity’, because of having similar applications. However, these two are very different concepts of motion, in physics.

Velocity measures the distance travelled by an object concerning direction. As these two concepts move around the measurements related to the motion of the body, it is important to know the difference between speed and velocity.

By the term ‘speed’ we mean that the distance an object travels in a definite time. It is a scalar quantity as we need only its magnitude, but not the direction to specify it. It can be understood as the rate at which a body travels distance, in the unit time. It determines the quickness of the object, i.e. how fast an object is going. Meter per second is the SI unit of speed. However, the most commonly used unit of speed is kilometre per hour.

An object whose moving speed is high, covers the large distance in less time. Unlike an object with a low moving speed which covers small distance, in the same amount of time. When an object does not travel any distance, its speed will be zero. You can calculate the speed of an object by applying the following formula:

Velocity is defined as the speed of a moving object in a particular direction. It is a vector measurement, as it contains both the components, i.e. magnitude and direction. Therefore while measuring the velocity of the object one must keep in mind that the direction should be specifically mentioned, with a view to explain velocity completely.

The velocity of a moving body is the rate of change of position, i.e. the displacement of an object with respect to the point of reference. To understand this, Suppose a car travels rapidly and returns to its initial position, the velocity will be zero because the car comes back to the original position and the motion does not lead to the change in position. In this way, the velocity of the car will be zero.

It is nothing but the speed of an object travelling in a particular direction. It can be uniform or non-uniform and can be changed with the change in the speed or direction or both.

Key Differences Between Speed and Velocity

The points given below are significant, so far as the difference between speed and velocity:

Average velocity is always lower than average speed, except when the object is travelling in a straight line without U-turn, where the magnitude of average velocity, is equal to the average speed. Further, the velocity of the moving body changes with the change in direction.