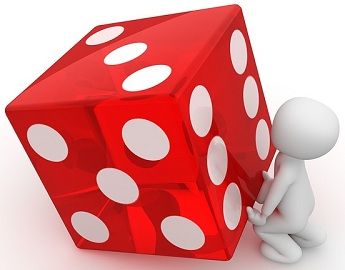 Force and Pressure are the two important concepts of physics which are often erroneously interchanged by the people. But, these two are not same at all, as there is a vast difference between force and pressure, which you are going to understand only if you learn about them. Do you ever observe, what makes a football move? Or What makes a drawer open? This is because we apply force on the object. Force is nothing but the push or pull, which changes the state of motion or direction of the object.

Now have you ever wondered, why tools which are made to cut, chop, trim or pierce always have sharp edges? Or why heavy vehicles always have fat tyres? This is only due to pressure, which refers to the physical force per unit area. So, check out the article, in which we have simplified the differences for you.

By the term ‘force’ we mean the push or pull, caused by the interaction of two objects, which changes or tries to change the state of the object. It is a vector expression that has both magnitude and direction. Magnitude is the quantity of force, i.e. the larger the magnitude, the more is the force applied, and vice versa.

Pressure is the amount of force, applied on a surface per unit area. It is the force acting perpendicular to the surface of the object, causing the force to spread over a certain area. Therefore, pressure considers the area over which the force is exerted, i.e. when force extended to a large area, the pressure is low, while if the same force is stretched to a small area, the resulting pressure would be high.

In finer terms, pressure is the force produced out of continuous pushing or pressing of an object by another object. It can be calculated as:
Pressure = Force / Area

Key Differences Between Force and Pressure

The difference between force and pressure are discussed in detail in the points given below:

Therefore, after a detailed discussion on the two concepts, you might have clearly understood about force and pressure. Some actions which involve force are pulling, pushing, kicking, stopping, squeezing, opening, etc. On the other hand, school bags with broad straps, needles having sharp tip are some of the examples of pressure.

Difference Between Mass and Weight