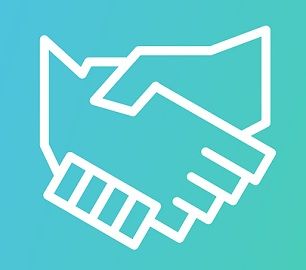 The basic difference between mediation and conciliation is based on the role played by the third party who is selected by the parties seeking a settlement, in consensus. In mediation, the mediator acts as a facilitator who helps the parties in agreeing. Conversely, in conciliation, the conciliator is more like an interventionist who provides probable solutions to the parties concerned, to settle disputes.

Alternate Dispute Resolution (ADR) is a dispute resolution method that employs non-adversarial (i.e. out of court) ways to adjudicate legal controversies. ADR methods are informal, cheaper and faster, in comparison to the traditional litigation process. It includes arbitration, conciliation, mediation and negotiation.

Many think that conciliation and mediation are one and the same thing, but they are different, as they are governed by different acts.

Mediation is a form of alternate dispute resolution, wherein parties mutually appoint an independent and impartial third party, called as the mediator who helps the parties in reaching an agreement which is mutually accepted by the parties concerned.

Mediation is a systematic and interactive process, which employs negotiation techniques to assist the parties in finding the best possible solution to their problem.

As a facilitator, mediator attempts to facilitate discussion and build an agreement between the parties with an aim to settle the dispute. The decision made by the mediator is not binding like an arbitral award.

Conciliation can be described as the method adopted by the parties for resolving the dispute, wherein the parties out of their free consent appoint an unbiased and disinterested third party, who attempts to persuade them to arrive at an agreement, by way of mutual discussion and dialogue.

Conciliation is characterised by the voluntary will of the parties who want to conciliate the dispute. Its basic component is confidentiality in which the parties and the conciliator are not permitted to share or disclose to the external party, anything associated with the proceedings.

The conciliator plays an advisory role, wherein he/she suggests potential remedies to the problem. The conciliation process completes with a settlement between the parties which is final and binding upon the parties.

Key Differences Between Mediation and Conciliation

The differences between mediation and conciliation are discussed below in detail:

Both conciliation and mediation seek to find out the disputed issues and solutions for the same. These are are non-judicial, non-adversarial process, wherein the parties seek a solution to their issue rather than competing against each other. These are voluntary in nature, i.e. both parties should agree to mediate or conciliate the dispute.

To sum up, it is evident from the above discussion that the role played by the third party differs the two form of alternate dispute resolution. While conciliator gives suggestions and advice on the issue for resolving the dispute between the parties, as he/she is an expert in that domain. Mediator on the other hand only facilitates communication and develop understanding. No advisory role is played by the mediator.