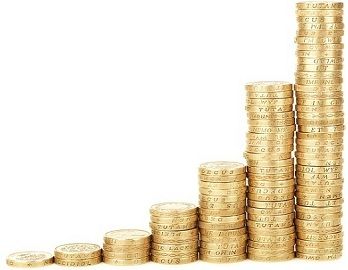 Gross Domestic Product or GDP refers to the economic value of goods and services produced within the nation’s boundaries, in a particular financial year plus income earned by foreign residents locally less income earned abroad by country’s residents. When the GDP is estimated at current prices, it exhibits Nominal GDP, whereas Real GDP is when the estimation is made at constant prices.

Both Nominal and real GDP are considered as a financial metric for evaluating country’s economic growth and development. However, the confusion still exists that which one better indicates the country’s progress than the other. Take a read of this article to know the differences between nominal and real GDP and it may also help you to overcome your confusion.

Nominal Gross Domestic Product is defined as a GDP measure, expressed in absolute terms. The raw GDP data, before inflation is called Nominal GDP. It is the aggregate monetary value of the economic output produced during a particular financial year, within the nation’s border. It represents the GDP at prevailing prices in the market, i.e. the current market price.

Real Gross Domestic Product refers to the measure of GDP adjusted according to the general price level, in a particular financial year. It represents the economic worth of goods and services produced, after considering inflation or deflation.

While calculating real GDP measurement is done at fixed prices, i.e. at the prices which are prevalent at some point of time in the past, known as base year price or reference price. It reflects the economic output at constant prices. Real GDP is considered as a true indicator of country’s economic growth because it exclusively considers the production and free from price changes or currency fluctuations.

The basic differences between Nominal and Real GDP are discussed as under:

These two exhibits the country’s financial soundness, whereby Real GDP is given preference over Nominal GDP, it makes the comparison easy for between different financial years. On the other end, Nominal GDP provides a better perspective for comparing different economies at current price level.

Difference Between Recession and Depression

Difference Between CPI and RPI