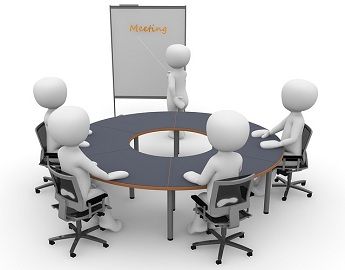 In a company, the items of business to be transacted at a GM (General Meeting), are presented as motions. The ‘motion’ refers to a proposal put forward, for discussion and adoption at the meeting. If the motion is approved unanimously, by the members present at the meeting, it is called as a resolution. There are two types of resolution, which is needed to be passed in different situations, they are Ordinary Resolution and Special Resolution.

So, let’s discuss the differences between ordinary resolution and special resolution.

The notice convening the meeting shall be duly given to the members. In addition to this, the members who don’t participate in voting are not taken into consideration. In general, the ordinary resolution must be passed to transact the ordinary business at AGM (Annual General Meeting). Ordinary Business includes the following business:

The resolution is required to be passed by any methods, such as voting on a show of hands or polling or electronically by the members present in person or proxy or postal ballot.

The significant points of difference between ordinary resolution and special resolution are discussed as under:

In a company, meetings are held to arrive at decisions, by voting upon formal proposals put to the meeting. Resolutions are nothing but the company’s expression of will. Ordinary Resolution is sufficient to transact the business, apart from the ordinary business are Change of company’s name, at the direction of ROC, when the name registered previously is incorrect or wrong or Rectification of company’s name as directed by Central Government, remuneration of cost accountant.

Difference Between Ordinary Annuity and Annuity Due