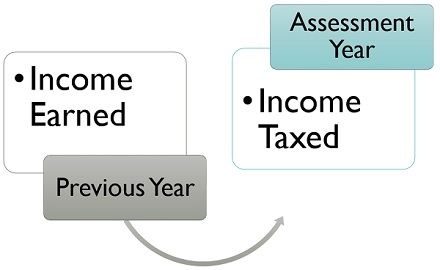 We all know that the Calendar Year commences on the 1st of January and ends on 31st of December every year. But, the calendar year has no relevance, for the purpose of accounting and taxation, as “Financial Year” is used for such purposes.

The financial statements of a company are prepared and reported across the world, as per financial year. It is a period of one year that starts on 1st April and ends on 31st March.

Previous Year is a period of 12 months, but it can be shorter than that too, such as in the case of a newly set up business or profession, the previous year will be less than 12 months, starting from the date of commencing the business and ending on 31st March of that financial year.

Assessment Year, as the name signifies, is the year in which income of the person is assessed, i.e. verified, and taxed. Here the word ‘person’ covers Individual, Hindu Undivided Family (HUF), Association of Persons (AOP)/Body of Individual (BOI), Partnership Firm, Local Authority, Company or Any artificial juridical person.

In the Income Tax Act, 1961, the term ‘assessment year‘ has been defined under section 2 sub-section 9, which describes it as a period of 12 months starting from 1st of April every year.

Further, the due date for filing an income tax return for the previous year, in the assessment year will be:

The main differences between previous year and assessment year are given hereunder: 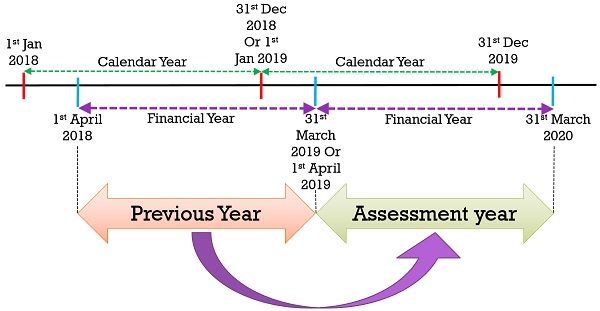 Therefore, Every previous is the assessment year for the immediately preceding financial year, i.e. previous year, subject to certain exceptions, which we have already discussed in this article.

You might have noticed that Income Tax Forms have Assessment year and not Previous year because income for a particular financial year is computed and taxed in the assessment year only. This is due to the fact that tax cannot be levied on the income before it is earned.

Moreover, there are some instances when assessees lose their job or find a new one, or they make a new investment, or generates income from a new source, etc. begins in the middle or end of the financial year. And due to this reason assessment starts after the financial year in which the income is earned, ends. Therefore, the assessees have to opt their Assessment Year, while filing their return.

Difference Between Formative and Summative Assessment

Difference Between Assessment and Evaluation