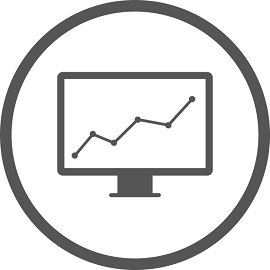 The article presents you all the differences between short run and long run production function, take a read.

The short run production function is one in which at least is one factor of production is thought to be fixed in supply, i.e. it cannot be increased or decreased, and the rest of the factors are variable in nature.

In general, the firm’s capital inputs are assumed as fixed, and the production level can be changed by changing the quantity of other inputs such as labour, raw material, capital and so on. Therefore, it is quite difficult for the firm to change the capital equipment, to increase the output produced, among all factors of production.

In such circumstances, the law of variable proportion or laws of returns to variable input operates, which states the consequences when extra units of a variable input are combined with a fixed input. In short run, increasing returns are due to the indivisibility of factors and specialisation, whereas diminishing returns is due to the perfect elasticity of substitution of factors.

Long run production function refers to that time period in which all the inputs of the firm are variable. It can operate at various activity levels because the firm can change and adjust all the factors of production and level of output produced according to the business environment. So, the firm has the flexibility of switching between two scales.

The difference between short run and long run production function can be drawn clearly as follows:

To sum up, the production function is nothing but a mathematical presentation of technological input-output relationship.

For any production function, short run simply means a shorter time period than the long run. So, for different processes, the definition of the long run and short run varies, and so one cannot indicate the two time periods in days, months or years. These can only be understood by looking whether all the inputs are variable or not.