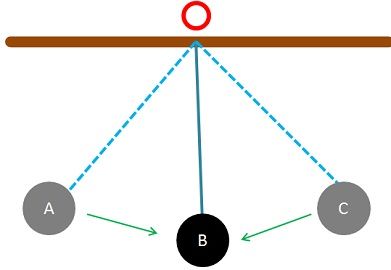 The basic difference between uniform and non-uniform motion is that the former represents the motion in which the moving body covers the same distance in the same time, but in the case of latter, the body travels unequal distances at the same time.

There are millions of objects surrounding us, some of them stay at rest while others are in motion. In our day to day life, you have noticed the motion of different living and non-living things that are on the move like birds, fishes, cars, buses, trains etc. A body is believed to be in motion when there is a change in its position with respect to time. It can be of two types, i.e. uniform motion and non-uniform motion.

In Physics, uniform motion is described as the motion, wherein the velocity (i.e. speed and direction) of the body travelling in a straight line remains constant. When the distance travelled by a moving object, is same at various time intervals, irrespective of the time length, the motion is said to be uniform motion. 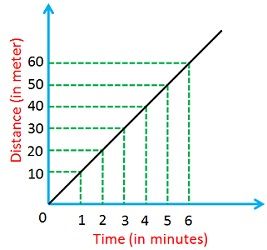 With the graph given above, it is indicated that there is a displacement of 10 meters in every minute, as there a constant velocity with respect to time. 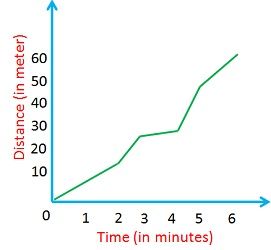 The graph given above explains that the rate of displacement of the object differs in every minute, as the velocity increases or decreases with respect to time.

The difference between uniform and non-uniform motion can be drawn clearly on the following grounds:

Different object covers the same distance in different time amounts, i.e. the fast objects cover the given distance in less time while the slow ones take the longer time to travel. Thus, it is the rate of movement of the object that plays a significant role.