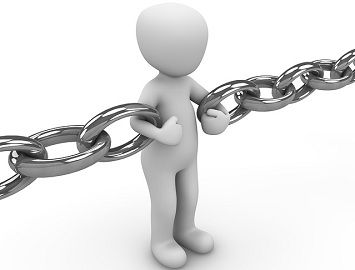 Have you ever observed that whenever you want to move an object, it is either pushed or pulled? In physics, the motion exerted (push or pull) to the object, is termed as force, which arises due to the object’s interaction with another one. It is capable of changing the object’s magnitude of velocity, the direction of motion and even the shape and size of the object. Force takes place in pairs; they can be balanced or unbalanced.

As we look around ourselves, there are many instances where we can find the occurrences of these two forces. This article excerpt makes an attempt to clear the basic differences between balanced and unbalanced forces.

Balanced Forces, as the name suggest are the forces that balance each other, when acted upon an object, causing the object to maintain its equilibrium and does not accelerate. If the forces that are applied to the object are of equal magnitude but are opposite in direction, the forces are said to be balanced.

When the balanced forces are applied to a stationary object, it stays still, but when it is applied on a moving object, it continues moving with a constant speed and same direction. The net force (i.e. the overall or resultant force exerted on the object) will be zero because the forces act in opposite direction, which nullifies one another.

The force which is not counterbalanced by a force of equal magnitude and diametrically opposite direction, resulting in disequilibrium of the object and eventually accelerates, it is known as unbalanced forces. The magnitude of the forces applied is not equal, as well as the direction in which the force is applied can either be same or different.

In unbalanced forces, the net force will be non-zero, and the object will move in the direction of the greater force. Thus, it causes acceleration in the object, i.e. stationary objects move, moving objects speed up, slow down, stop or change their direction of motion.

The points presented to you below are substantial so far as the difference between balanced and unbalanced forces is concerned:

To sum up, we always require an unbalanced force rather than the balanced one, to change the magnitude or direction of motion of the object, which will continue to exist till the force is applied on the object. Although when this force is removed, then the object will remain in motion, with the velocity gained by it, till then.

If you want to determine, which force is balanced or unbalanced one, first of all, you need to identify what are the forces working on the object and that too in which direction. If the forces counterbalance one another, then the forces are balanced, but when they do not, then it is the case of unbalanced forces.