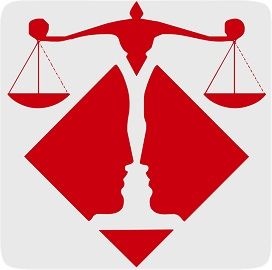 Law implies a body of rules which are recognized by a country to govern the action and behavior of the citizens. It can be grouped as substantive law – that ascertains the rights of the parties and procedural/adjective law – that determines the practice, procedure and machinery to implement the rights and duties. On the grounds of decree or order, a judgment is passed by the court. An order is nothing but a judgment while a decree is a final part of judgement.

The primary difference between decree and order is that the decree is given in a suit, which determines the substantive legal rights of the parties concerned, the order is given in the course of proceedings, and determines the procedural legal rights of the parties concerned. In the give article excerpt, you can find some more points of differences, amidst the two, take a read.

As per section 2(2) of Code of Civil Procedure 1908, a decree is a legal pronouncement of an adjudication by the court, that ascertains the rights of the plaintiff and defendant, about all or any matters of the suit. It is derived from the judgment, i.e. a decree comes into being as and when the judgment is expressed and not on the date when it is duly signed and authorized.

The order can be defined as the legal declaration of the decision, by the judge or the panel of judges in the court, which does not include a decree, ascertaining the legal relationships between the plaintiff and defendant, of the court proceedings, trial or appeal.

In finer terms, an order is the direction given by the judge or court to a party to the suit, to perform a specific act or refrain him/her from doing certain acts or direct the public official to take certain actions, is known as an order.

An order is concerned with procedural aspects such as impleadment, adjournment, amendment or striking out of parties of the contesting parties.

Key Difference Between Decree and Order

The difference between decree and order can be drawn clearly on the following grounds:

The Civil Procedure Code, 1908 defines both decree and order which are given by the civil court, and formally express a decision, in matters of controversy between the opposing parties. While a decree finally decides the rights of the plaint and defendant, order may or may not clearly determine the rights.

Difference Between Appeal and Revision