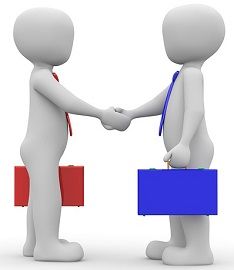 Contracts are all about legal enforcement, in the sense that if an agreement possesses legal enforceability, they are considered a contract, whereas, if they lack the same, they are nothing more than an agreement. Now, based on the performance, the contracts are divided into two categories, i.e. Executed Contract and Executory Contract.

Executed Contract is the contract in which the parties to the contract have performed their part or obligation, and nothing is left to be done. In these contracts, the consideration is the action or forbearance, which when completed or brought to notice, then the contract is said to be completed.

On the other hand, an Executory Contract is a contract wherein the parties obligation is yet to be completed. The consideration in these agreements is the corresponding promise or obligation. An executory contract is further subdivided into a unilateral contract and bilateral contract.

In this type of contract, the promisor makes a promise to whoever undertakes or performs the activity stipulated in the offer itself. Hence, there is no mutual reciprocal promise between the two parties. It must be noted that the period to which contract is valid, has to be stipulated.

A Bilateral Contract is a dual-sided contract, wherein both the parties to the contract has not yet fulfilled their part, at the time of entering into the contract.

The contract comes into existence when the parties to the contract make mutual, reciprocal promises to one another, that require performance or non-performance of an act. Hence, both the parties are promisor as well as promisee. The commitment made by one party acts as adequate consideration, for the promise made by another party.

The difference between unilateral and bilateral contract is given hereunder:

To sum up, a unilateral contract is one where one party makes an offer in general and the other party, accepts the same by fulfilling the stated conditions. On the contrary, bilateral contracts are the contract wherein both the parties promise to do something which remains incomplete when the contract comes into force.